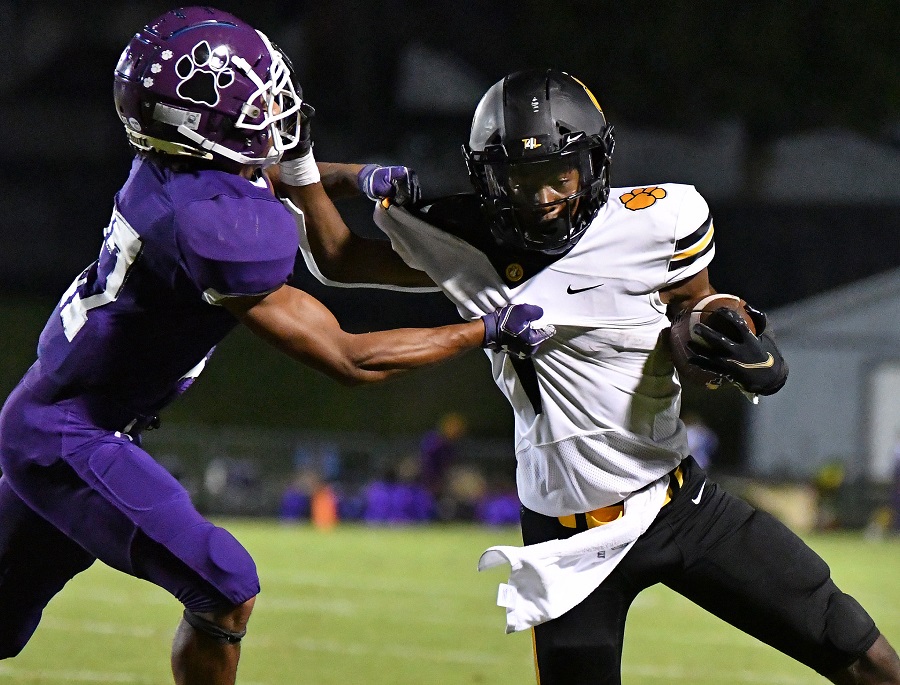 The battle of the Tigers went to the state of Ohio Friday Night, as Pickerington Central beat North Allegheny 35-0 in a non-conference tune-up.

Pickerington running back Olando Kamara rushed for 109 yards and 2 touchdowns while the defense forced 3 turnovers to seal the victory.

The first turnover came early on the North Allegheny opening offensive possession as the Pickerington defense recovered a fumble at the NA 30 yard line. The fumble turned into points, as CJ Doggette punched a touchdown in from the 4-yard line.

Later in the first quarter, Pickerington Central added to their lead on a 2-yard touchdown run from Dylan Bryan, making the score 14-0 with 3:20 remaining in the frame.

In the second quarter, defensive back Roman Pearson intercepted a NA pass at the Pickerington 21-yard line and returned it back to the North Allegheny 44. That play set up a 26-yard touchdown pass from Braden Mantooth to Ethan Pinkins, extending the Pickerington lead to 21-0.

Braden Mantooth finished the game 10/12 for 123 yards and the touchdown pass.

In the second half, Pickerington Central picked right up where they left off, scoring two more running touchdowns off the back of Kamara. Both scores were from the 1-yard line.

Senior Dwayne Taylor was a bright spot for NA, catching 5 passes for 53 yards. Taylor was also a solid contributor on the defensive side of the ball, with multiple tackles throughout the game and was named the Wright Automotive Player of the Game for his efforts.

Following the outcome, North Allegheny falls to 1-1 on the season, while Pickerington Central improves to 3-0. NA will host another Ohio blueblood in Mentor next week at Newman Stadium.