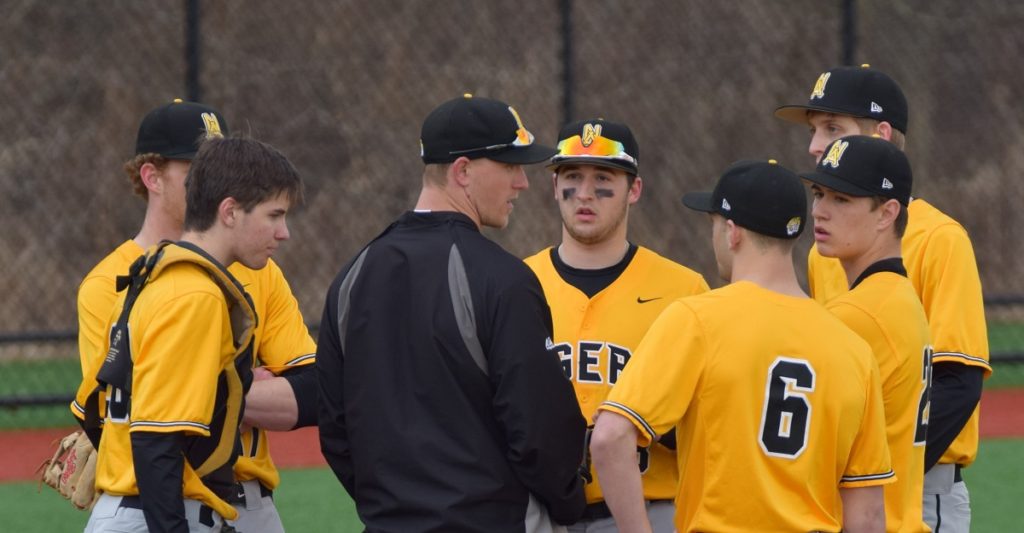 North Allegheny loaded the bases in the seventh inning but Butler staved off the Tigers’ late-game rally for a 4-1 win at Kelly Automotive Park on Friday night. Golden Tornado starter Nash Bryan took a no-hitter into the sixth inning and earned the win with a complete-game effort. Making his varsity debut, North Allegheny junior Ryan Partridge took the loss with six innings of work. Partridge permitted four runs but only one was earned.

The Golden Tornado utilized its team speed to help construct a 4-0 lead by the fifth inning. Justin Stewart scored on a double steal in the first inning for a 1-0 lead. Butler added on in the third inning by putting runners in motion with men at first and third. The strategy led to an NA error that allowed Nick Kibbie to score from third for a 2-0 lead. Moments later, an RBI groundout by Grant Metzger scored Connor Ollio for a 3-0 advantage. An RBI single by Ryan Lynn in the fifth inning raised the score to 4-0, Butler.

Shut down by Bryan most of the night, the Tigers began to claw back in the final inning. Senior Caiden Wood opened the frame with a deep double off the left centerfield fence. Two outs later, sophomore Ben Petschke brought home Wood with a single to trim the Butler lead to 4-1. For Sparking a late-game rally, Petschke was named the Wright Automotive Player of the Game.

Not done yet, Anthony Hattrup and Jared Orwell followed with back-to-back walks to load the bases and put the game-tying run at first base. Scuffling in his efforts to finish out the game, Bryan managed to collect the final out on groundball to short for a 4-1 Butler win.

Despite committing three errors, there were some excellent glimpses of North Allegheny’s defensive ability in the field during the game. None were better than centerfielder Turner White’s diving catch in the deep left-centerfield gap to deny Ollio extra bases and a potential RBI in the fifth inning.

With the loss, North Allegheny falls to 4-2 overall and 1-2 in Section 1-6A. Butler remains unbeaten with a 7-0 record and 3-0 mark in the section. The Tigers will host Hempfield at 2:00 p.m. on Saturday.