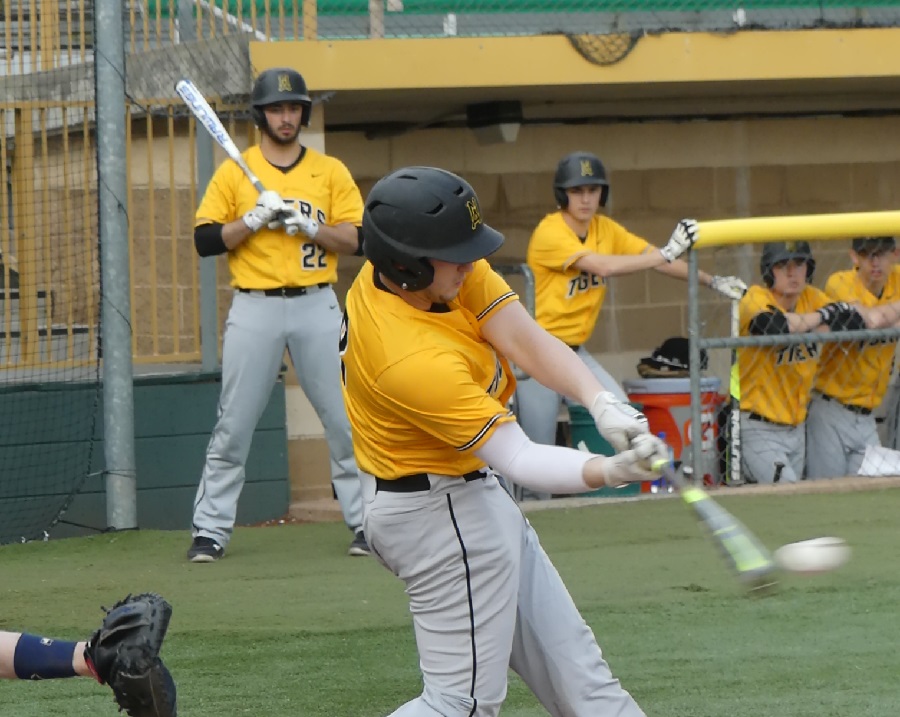 Pine-Richland jumped out to a 7-0 lead through two innings and fended off the North Allegheny Tigers for a 7-4 win in Section 1-6A action.

Troy LaNeve and Josh Scherer posted two hits and two RBI each to help build the Rams’ early lead. North Allegheny starter Anthony Hattrup was chased in the second inning and suffered the loss, dropping him to 2-2 on the season.

The Tigers began to chip away at their deficit in the third inning on a Caiden Wood two-run double that plated C.J. Weller and Turner White to cut the score to 7-2, Rams. In the fifth inning, North Allegheny trimmed the score to 7-4 thanks to an RBI single by Luke Trueman and a Pine-Richland error that scored Trueman later in the inning. Weller, White and Trueman all finished with two-hit performances.

Despite the comeback bid, the Tigers could get no closer as the Rams held on for a 7-4 win. Pine-Richland starter Bryce Grenet earned the victory with 5.2 innings of work, allowing all four runs with seven strikeouts and two walks. Reliever Matt Bullock pitched the final 1.1 innings of scoreless baseball to garner the save.