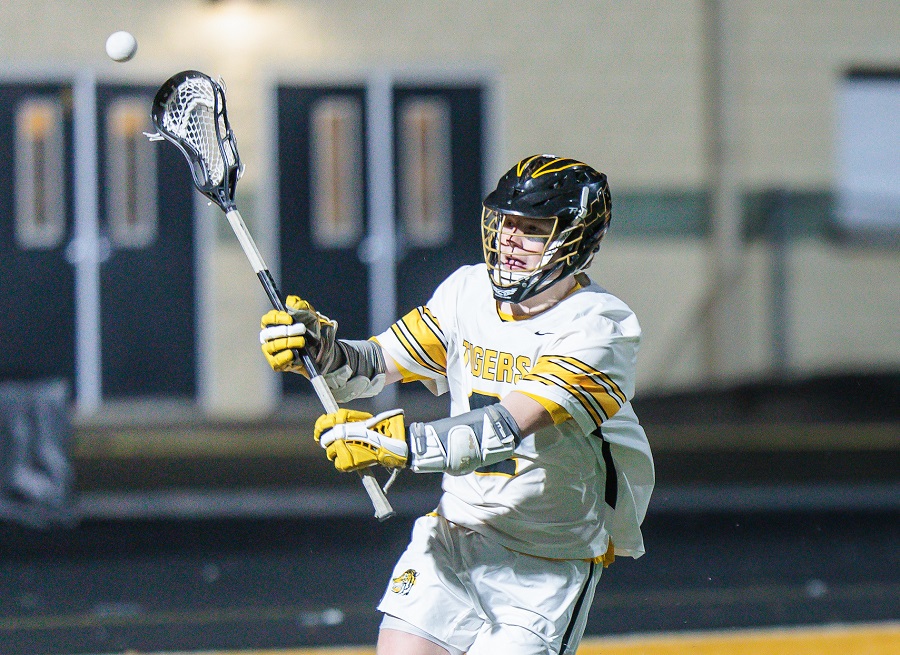 The Tigers fell behind 6-0 after one period of play but hung tough with the Pioneers in the remaining minutes. Sophomore Evan Lyon, junior Christian Tedder, senior Gavin Banyas and junior Marco Pascarella all scored two goals apiece to help the NA cause. Senior Cole Bordo and junior Marc Bartolomucci each netted one goal and two assists for the Tigers.

All three goalies got looks in the game with junior Beck Taucher hauling in five saves, and senior Marc Melanson and freshman Logan Lyle making three stops each.

Senior FOGO Ryan Barry won six draws and tied for the team lead in groundballs with Pascarella, who each totaled five on the night.

Following the loss, North Allegheny sits at 2-3 overall, while Western Reserve Academy improves to 9-3 on the season. The Tigers return to action on Monday against Bethel Park at 6:00 p.m. in a rematch of last year’s WPIAL Class 3A quarterfinals. The game will be broadcast live by the North Allegheny Sports Network.