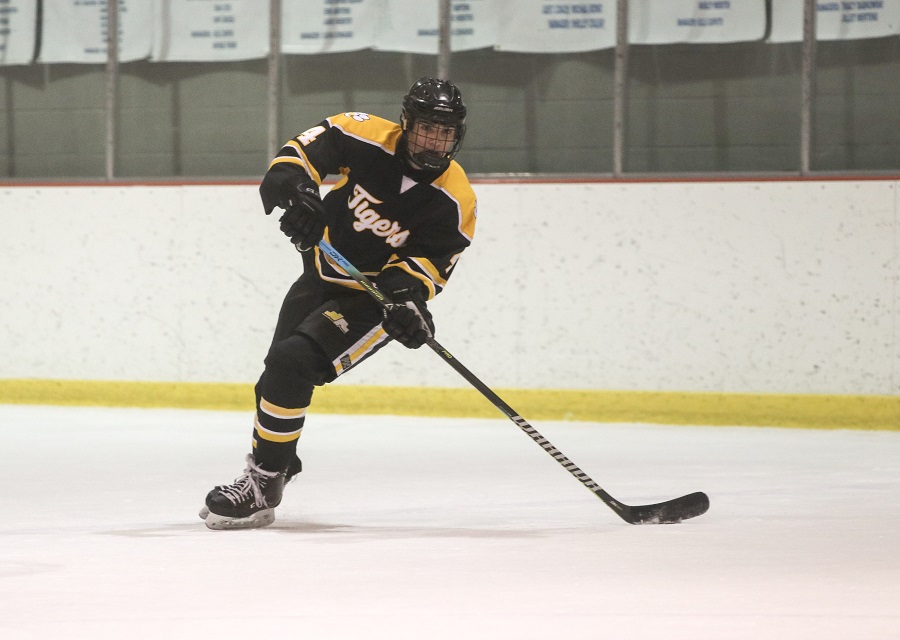 In a battle for first place in the PIHL Class AAA standings, the Canon-McMillan Big Macs edged the North Allegheny Tigers, 3-2, in an overtime shootout at the Printscape Arena. It was the second straight game for the Tigers that was decided in a shootout. It was also the third time in the last four games NA has gone to extra time.

In a tightly contested matchup, it appeared the first period would end scoreless. However, Canon-McMillan capitalized on a power play thanks to an Aidan Briggs goal with just one second remaining in the period for a 1-0 lead.

In the second period, it was North Allegheny who scored a late power play to even the score at 1-1. With only 44 seconds left in the second stanza, Trey Gallo tallied the power play marker, assisted by Nathan Spak and Connor Chi.

The Tigers took advantage of another power play opportunity at the 4:12 mark of the third period as Matt Irvin’s goal gave NA a 2-1 lead. Irvin’s goal was assisted by Luke Washabaugh and Gallo.

Canon-McMillan managed to tie the game with 1:59 remaining in the contest when Briggs tallied his second goal on the night, knotting the score at 2-2.

Briggs’ goal forced overtime, and after a scoreless extra session, Canon-McMillan earned the victory in the OT shootout for a 3-2 victory.

North Allegheny dips to 8-1-1 following the loss and sits in second place in the Class AAA standings. Canon-McMillan improves to 9-1-1 and takes over sole possession of first place. The Tigers look to bounce back on Thursday with another road game at Southpointe against Peters Township.