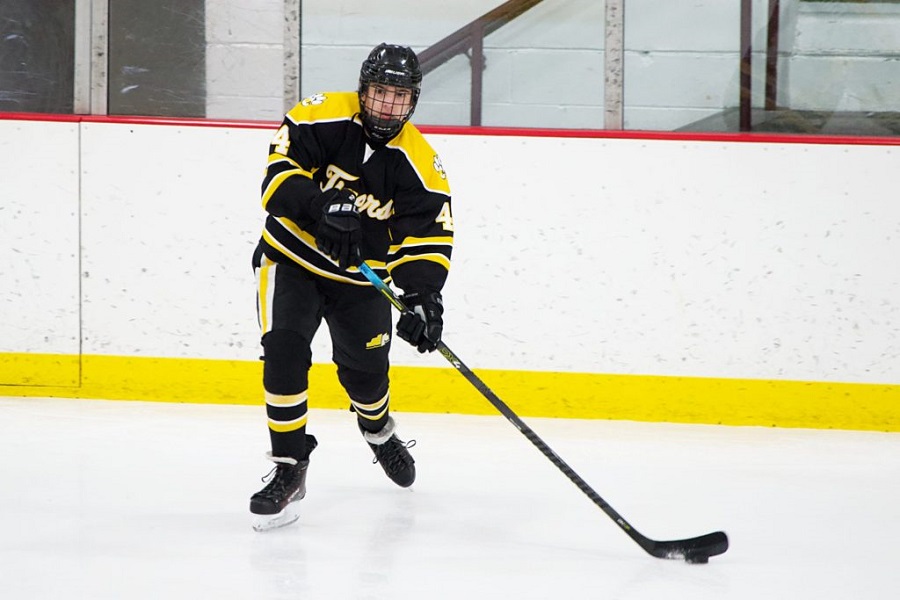 Cathedral Prep scored twice late in the third period to sneak past North Allegheny on Thursday night, 5-4, at the Mercyhurst Ice Center.

The Tigers trailed 3-0 in the second period and rallied to take a 4-3 midway through the third. At the 9:44 mark of the second, Kevin Hart scored NA’s first of the night to trim the deficit to 3-1. Vince Abel added another goal for the Tigers at the 13:58 mark of the second, cutting the CP lead to 3-2.

Following intermission, North Allegheny continued its comeback bid with back-to-back goals from Tyler Sippel and Tyler Lamark to grab a 4-3 lead. The Lamark goal came at the 10:14 mark of the third period.

The North Allegheny lead was short-lived, however, as Prep’s Ryan McKinsey and Jonathan Zambroski both scored late to give the Ramblers a 5-4 victory. Zambroski’s game-winner came with 4:15 remaining.

The Tigers heavily outshot the Ramblers, 33-21, and had numerous scoring chances. Unfortunately, NA couldn’t cash in and went 0 for 7 on the power play.

Despite the loss, North Allegheny remains in first place in the Class AAA standings with a 13-3-1 record. Cathedral Prep improves to 9-6-1 and is tied for fifth place with Seneca Valley. The Tigers will look to bounce back with a home game on Monday, February 10 at 7:00 p.m.