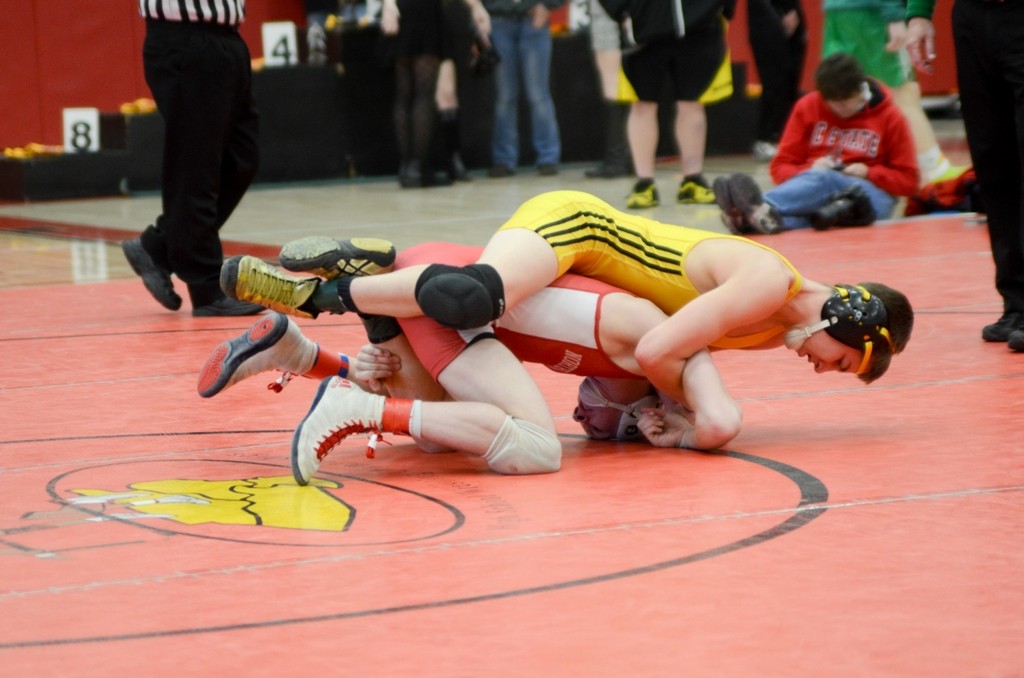 Still vying for third place on the final day of the PIAA tournament in Hershey, North Allegheny’s run came to an end in the consolation bracket with a narrow loss to Cathedral Prep, 27-26.

The nail-biting finish came down to the very end. North Allegheny trailed, 24-16, with four bouts remaining before trimming the deficit to 24-23 with a 7-2 decision by Zach Stedeford at 138 pounds and a 12-3 major decision by Jake Hinkson at 145 pounds. Cathedral Prep opened its lead up to four points, 27-23, with a 3-0 decision by Carter Starocci over Jon Hoover at 152 pounds.

A trip to the consolation finals came down to the 160 pound bout between NA standout Eric Hong and Prep’s Dazjon Casto. For Prep, Casto needed to avoid being pinned or a major decision and he did just that. Hong picked up a 5-2 decision over Casto which left the Tigers just one point short of Cathedral Prep, 27-26.

Despite the loss, there were plenty of fine performances by NA grapplers. Sean Hoover delivered a major decision at 182 pounds with an 8-0 win over Evan Selker. Senior Jake Woodley pinned DyJheir Norman at 220 pounds in 2:28. Other NA wrestlers earning victories included Freddy Junko (106) and Jacob Downing (113).

North Allegheny concludes the team portion of the season with an overall record of 13-3. The NA wrestlers will take to mat for the individual section tournament on Saturday, February 25.