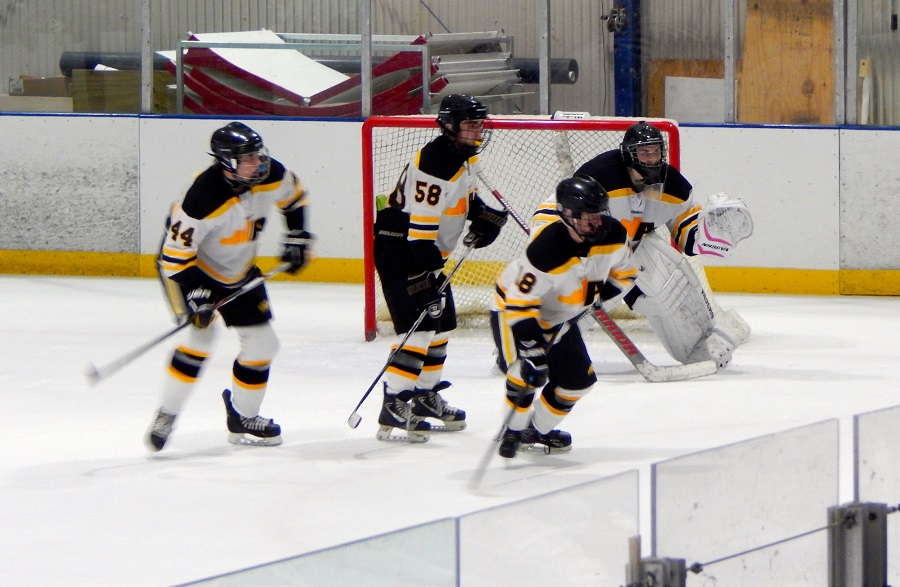 Joseph Zappia’s third period goal lifted North Allegheny to a 2-1 win over Shaler at the Baierl Ice Complex on Monday night. The win keeps the Tigers undefeated on the young season with a 2-0 record.

North Allegheny leaped to a 1-0 lead thanks to a goal by John Parks, assisted by Justin Kidd, at the 8:03 mark of the first period. Shaler responded quickly with an unassisted tally by Austin Martz to even the score at 1-1 with 3:23 to play in the opening stanza.

NA goalie Douglas Wild and Shaler net minder Paul Zalakar kept the score knotted until the third period with stingy play in net. Wild finished with 30 saves and ultimately earned the win. Zalakar stopped 23 pucks and was strong in between the pipes despite loss for the Titans.

At the 3:22 mark of the third period, Martz was called for a high sticking penalty that gave NA a pivotal power play that set the stage for Zappia’s game winning moment. With 12:27 to play, Zappia netted the game winner on the man advantafe to send NA to a 2-1 victory.

North Allegheny will return to action on Monday, October 17 with a visit to the Ice Castle to play Upper St. Clair. Faceoff is set for 7:00 pm.