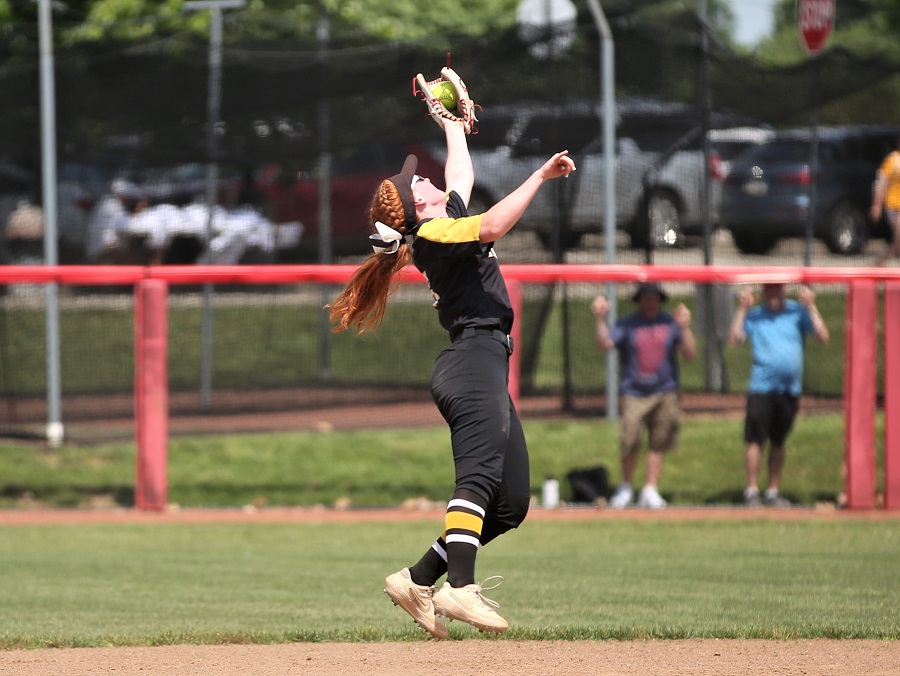 Appearing in the WPIAL Class 6A championship for the second time in the last three seasons, the North Allegheny softball team dropped a 9-5 decision to the Seneca Valley Raiders on Wednesday afternoon at California University of Pennsylvania’s Lilley Field. The fourth-seeded Raiders won their first WPIAL title since 1999 and third crown overall.

The seventh-seeded Tigers struck first in the second inning and opened the frame when junior Annalyn Isaacs led off with a walk. On Sydney Junker’s sacrifice bunt, Isaacs headed toward third base where Seneca Valley’s Hayley Walter uncorked a wild throw, allowing Isaacs to race home for a 1-0 lead.

Seneca Valley answered quickly in the bottom of the second when freshman Lexie Hames hit a two-run homer, her 14th of the season, to give the Raiders a 2-1 lead.

The seesaw nature of the game continued in the top of the third as North Allegheny regained the lead on a two-run single by Reagan Deitrick that scored McKenna Rowlands and Alaina Whipkey for a 3-2 advantage. Deitrick was 2-for-2 on the day with a pair of singles and two walks, earning Wright Automotive Player of the Game honors.

Seneca Valley vaulted back in the front in the bottom of the third on a three-run homer by Maddie Gross, her 14th of the year, giving the Raiders a 5-3 lead. The Raiders tacked on three more runs in the third inning on a two-run double by Bella Gross and an RBI single courtesy of Lina Chardella for an 8-3 lead.

North Allegheny chipped away at the deficit with a pair of runs in the top of the fifth. Isaacs drove in one run, her 15th of the season, on an RBI single that brought home Caitlin Logan. Junker added another run with an RBI single of her own, scoring Anne Melle to trim the score to 8-5, Raiders.

Seneca Valley added an insurance run in the bottom of the fifth courtesy of a single from Kara Pasquale to bring the score to its eventual final, 9-5.

Hames earned the win for Seneca Valley with a complete game effort, allowing five runs (two earned) with six strikeouts and four walks. Melle (10-6) took the loss for NA in 2.1 innings of work. Freshman Sammy Plotsko pitched well in 3.2 innings of relief, permitting only one run with two strikeouts and a pair of walks.

North Allegheny falls to 13-10 on the season, while Seneca Valley improves to 13-6. The Tigers advance to the PIAA playoffs next week and will take on District 6 champion Mifflin County in the opening round of the state tournament on Monday at a site and time to be determined.