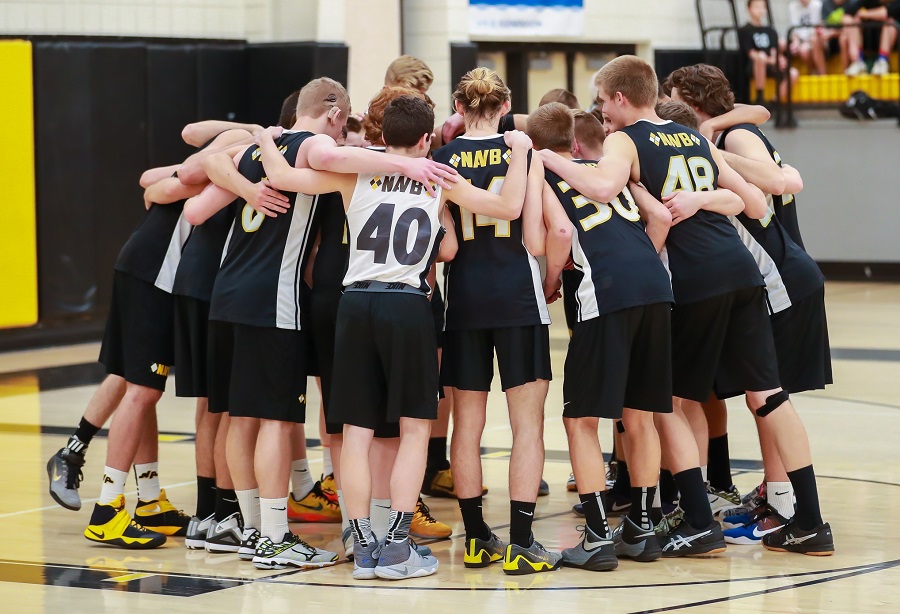 After winning eight consecutive WPIAL titles from 2007-2014, North Allegheny fell short of the WPIAL finals for the second consecutive season. The Tigers, the ninth-ranked team in the state, dropped a 3-0 decision to the No. 2-ranked Bethel Park Black Hawks in the WPIAL semifinals on Thursday night at Baldwin high school.

When set one began, it looked like the crowd might be in for a five-set match. Sophomore, Jason Stiefvater, tallied a few early kills as well as teammate, Luke Visgitis. However, unforced errors and two double contact calls went against the Tigers who fell behind, 12-7.

“Tonight just wasn’t our night. We needed to come out with more energy. Tonight was just Bethel Park’s night, they played phenomenal. I think it’s a great learning experience because even though we are an inexperienced team, we could use this as fire for next season,” said Stiefvater, a sophomore outside hitter.

In mid-set, Dixon, senior at Bethel Park, went on a five-point serving run to pull away from NA. Bethel Park finished off set one with a Kapusta block and win by a final score of 25-14.

Bethel Park never surrendered the lead in set two as Dixon and Kapusta continued to control the game with their jump serves and powerful arms from the outside and back row. NA put some pressure on Bethel late in set two with a Stiefvater kill and Eric Visgitis block but it wasn’t enough as NA dropped set two, 25-19.

NA had their backs against the wall, as they had to win the next set to stay alive. The same things happened in set three that happened in the previous two sets. Kapusta and Dixon continued to control the entire match and NA continued to make service errors and get caught in the net. Bethel was able to sail through set three and complete the sweep by a final score of 25-15.

Although North Allegheny fell short of the finals, the future remains bright with a young a talented team in place for the 2016-17 season.

“This off-season we need to practice. We need to be on our A-game and we need to be sharp. We’re always going to keep that WPIAL title on our minds and always compete with our hardest strength and integrity,” said sophomore Canyon Tuman.

Now that the Tigers garnered some experience of playing in the playoffs, watch for them to come back even stronger next season. The majority of the starting line-up will return for the upcoming year.

“Work hard. That’s all I can say. Use it as fire and just work hard for next season,” commented Stiefvater about what needs to happen the get NA back on top.

Some final stats from the game for NA include Seth Russell leading the way in kills with eight, followed by Stiefvater with seven. Tuman and Stiefvater led the team in blocks with five apiece and Russell tallied a team-high nine digs.

North Allegheny will face off against Seneca Valley for a third-place match on Thursday night at Ambridge at 7:00 pm.