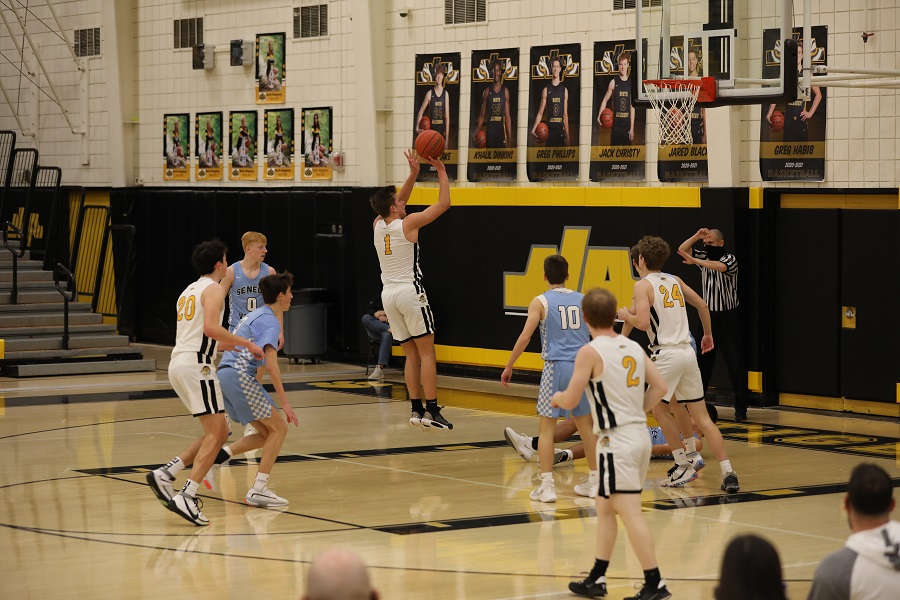 In a hard fought battle where the largest lead of the game was 10 points, it was Seneca Valley who came out on top with a 71-70 win Wednesday night at North Allegheny High School in a Section 1-6A matchup.

Seneca Valley had a very efficient first quarter, going 8 for 12 from the field. Khalil Dinkins would pace North Allegheny with six points but the Raiders led 19-13 after a quarter. In the second quarter, North Allegheny’s offense gained traction with 12 points from Matt McDonough in the quarter, and 25 points as a team, and took the lead 38-37 heading into the locker room.

The third quarter was evenly contested with both offenses playing very well. Greg Habib paced the Tigers with 12 points in the quarter and North Allegheny had a 60-59 lead heading into the final stanza. The lead changed hand five times in the final two minutes of the game. With the Raiders leading 69-68, Habib hit a floater in the lane to give the Tigers a 70-69 lead. With seven seconds left, a Caiden Oros 3-point attempt fell short but Raider senior Cole Brooks, who had 22 points in the game, got the offensive rebound and put it back in. A final Tiger shot would fall short and the Raiders escaped with a 71-70 victory.

Habib was named the Wright Automotive Player of the game with 23 points, 18 of them coming in the second half. McDonough and Dinkins both added 15 points.

North Allegheny falls to 12-4 overall and 8-2 in section play. Seneca Valley improves to 8-9 overall and 5-5 in the section. Up next for the Tigers is a trip to cross-town rival Pine-Richland for a matchup with the Rams Friday night.