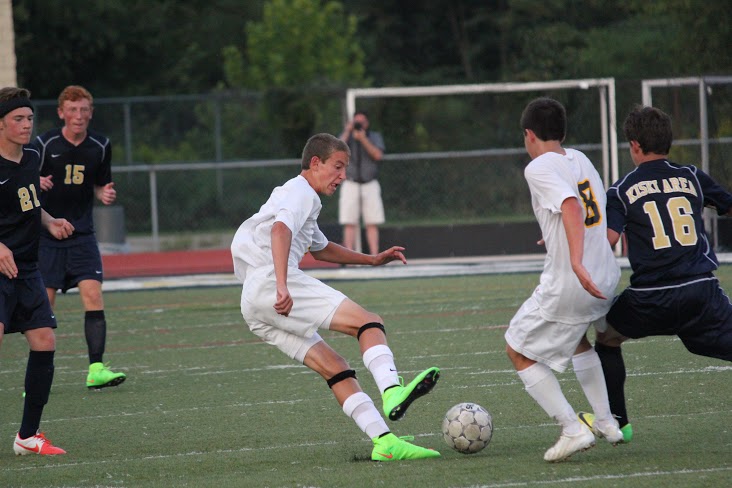 The North Allegheny Boys’ Soccer Team traveled to Pine Richland on Thursday in a section matchup hoping to secure second place and a playoff berth, but instead came away with a surprisingly listless effort against a previously winless opponent, 1-0, in overtime. Pine-Richland’s game winning goal came off a cross into the box that was headed into the net. Nothing seemed to work for the Tigers as passes didn’t click, 50/50 balls weren’t won, and corners, which NA had plenty of, weren’t capitalized on. Pine Richland contested each NA touch and the Tigers didn’t, all leading to the loss leaving NA’s record at 8-4-1 overall and 7-2-1 in section play, breaking their eight game unbeaten streak in the section.

The North Allegheny squad hopes to right the ship Saturday, October 4 at Highmark Stadium in Pittsburgh against a pesky Bethel Park team that is 8-5-1 overall and last night beat Carrick 12-0 in their section match.  Tickets can be purchased at the gate for $10.00 with the JV game starting at 5pm and the varsity at 6:30pm.  Hopefully the Tigers fans came come out strong to support the team.