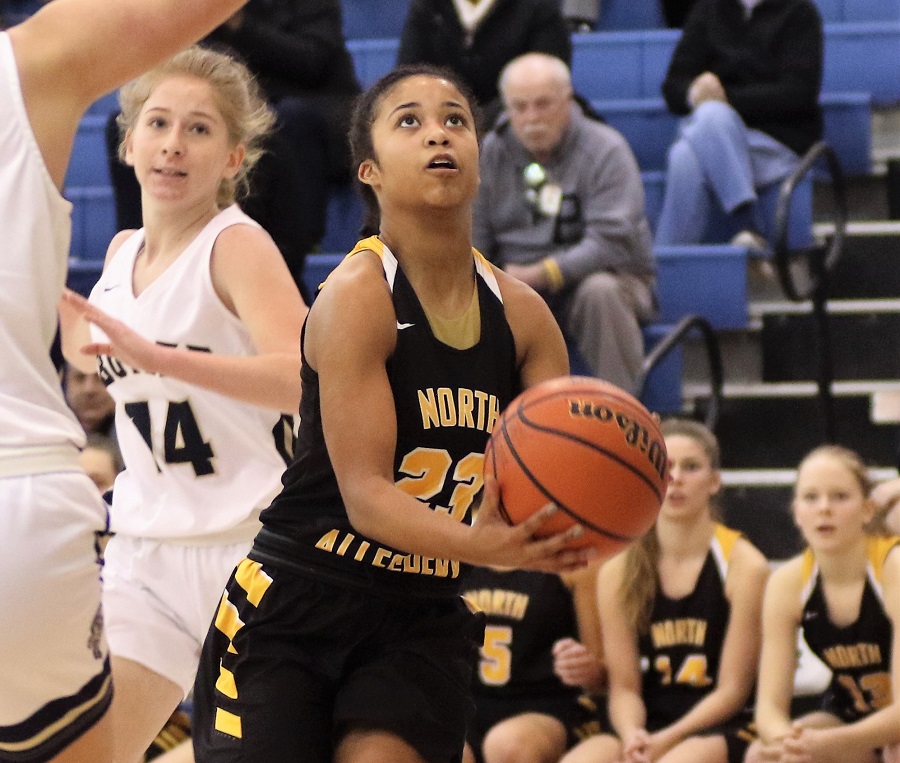 NA got off to a strong start, leading 12-11 through one quarter of play. St. Joe’s pulled ahead with a big second and third quarter to build a 44-34 lead. Despite the deficit, the Tigers put together a furious rally in the fourth quarter led by sophomore Taylor Rawls who buried three 3-pointers and scored 11 points in the period. However, the Irish staved off the NA rally for their 22nd win in a row dating back to last season.

Huntington St. Joseph, who won the West Virginia Class A state championship last season by 25 points, was paced by Grace Hutson with 16 points and Bailee Adkins with 15 points. Dionna Gray and Hannah Roberts added 10 points each.

A powerhouse in West Virginia, St. Joe’s has won nine state titles in the last 11 seasons and improves to 13-0 with the win. The non-section contest was a great test for North Allegheny, who now sits at 9-2 on the season.

The Tigers return to section play on Tuesday night with a home matchup with the North Hills Indians. The game will be broadcast live via the internet by the North Allegheny Sports Network.