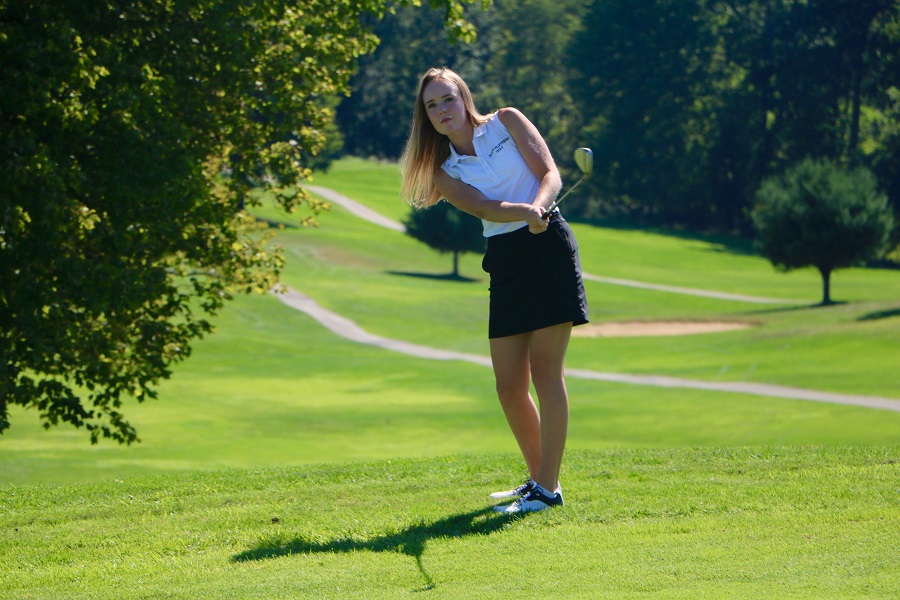 The North Allegheny girls’ golf team concluded the regular season Thursday afternoon with a 165-197 win over the Shaler Titans at North Park. The Lady Tigers maintained its perfect record with the victory. The leading scorer for NA was Caroline Wrigley with an impressive 34, continuing a spectacular sophomore season. Wrigley has scored under par several times this season and should challenge for the WPIAL and PIAA individual titles. Other Tiger scorers included Christina Lewis with a 43, Jessica Hood and Jordan Farrell with 44’s, and Kennedy Urban with a 50. Shaler was led by Anna Grzegorczyk who posted a 47.

With the win, North Allegheny wraps up the regular season with a 17-0 record and 8-0 section mark. Up next for the NA golfers are the WPIAL Individual Finals on October 5 at Treesdale Golf and Country Club at 9:00 a.m. The WPIAL team semifinals are on October 10 at Murrysville Golf Club at 9:00 a.m.