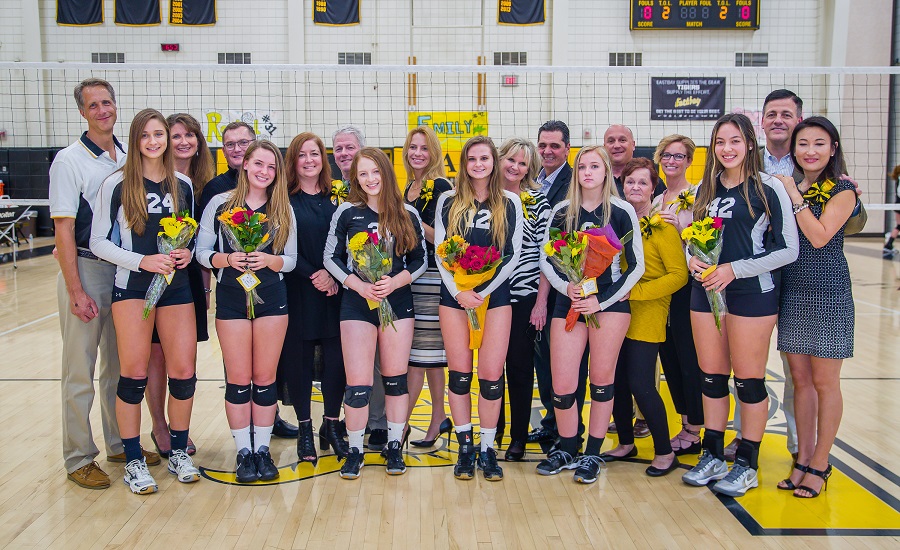 The North Allegheny girls’ volleyball team wrapped up its regular season schedule on Thursday night with a 3-0 triumph over the Oakland Catholic Eagles. The Tigers handled the Eagles, the co-champions from Section 4-AAAA, with relative ease and earned the win by set scores of 25-17, 25-19 and 25-22. The match was a good tune-up game for two playoff-bound teams.

Oakland Catholic, the top-ranked team in the MSA Sports rankings, stormed out of the gates against the Tigers in set one and built a 10-3 lead. Following a timeout by North Allegheny head coach Heidi Miller, the Lady Tigers turned the tables on the Eagles won the opening set running away. On senior night, it was senior outside hitter Maria Mosbacher who helped lead the charge with four kills en route to a 25-17 win. Prior to the match, the North Allegheny Sports Network spoke with Mosbacher for a pregame interview which can be viewed below.

North Allegheny continued to ride its momentum into the second set and rolled to a 25-19 win. Junior middle hitter Mika Logan spearheaded the attack and delivered four kills. For her efforts, Logan was named the Wright Automotive Player of the Game.

Logan maintained her strong play in the third set with four kills, joined by Mosbacher who tallied three kills with her heavy swings, and helped the Tigers construct a 17-5 lead. However, Oakland Catholic would go away easily and rallied to cut the score to 24-22 late in the set. The Tigers kept their composure and came through with the match-ending point courtesy of a dump by freshman setter Abby Miller.

North Allegheny improves to 15-1 overall on the season following the win. The Lady Tigers will host the NA Invitational this weekend in final preparation for the WPIAL playoffs next week.