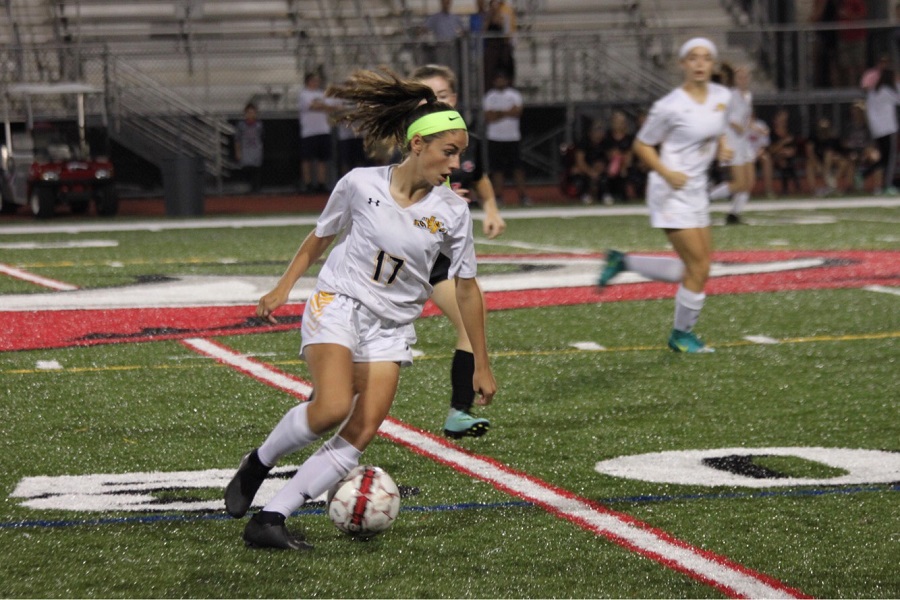 The playoff-bound Tigers scored early and often in this Section 1-AAAA contest and Bundy ignited the team with the first two goals of the night. Her first came with 33:19 remaining in the first half on a free kick from 25 yards out. The second goal of the half for Bundy came with 18:39 on the clock as her initial shot was saved by Foxes goalie Julie Scheffler but the Duquesne University recruit pounced on the rebound and scored for a 2-0 NA lead. For jump starting the Tigers attack, Bundy was named the Wright Automotive Player of the Game.

North Allegheny dominated the field for most of the game and the constant pressure resulted on another goal by senior Morgan McConnell with 8:36 to play before halftime for a 3-0 lead. With Scheffler diving to her right, McConnell’s shot from 10-yards out ricocheted off a Fox Chapel defenseman and to the left of the Fox Chapel keeper to give NA a comfortable three-goal halftime advantage.

The Tigers continued to bombard the Fox Chapel net and scored less than three minutes into the second half when Schupansky drove a hard left-footed shot from 20 yards out that caromed off the left post and into the net for a 4-0 lead. The lead swelled to 5-0 courtesy of a fine steal by junior Hannah Kirkpatrick, who weaved through several defenders and scored with 32:57 remaining in the game. Schupansky scored her second goal of the night, and seventh of the season, with 26:27 left in the contest to put the win on ice, 6-0, over Fox Chapel.

With the win, North Allegheny leaps to 8-5 overall and 7-3 in Section 1-AAAA. Fox Chapel slides to 6-8 overall and 4-7 in the section. The Lady Tigers will host Butler on Wednesday night in another section contest. It will be Senior Night for the Tigers.