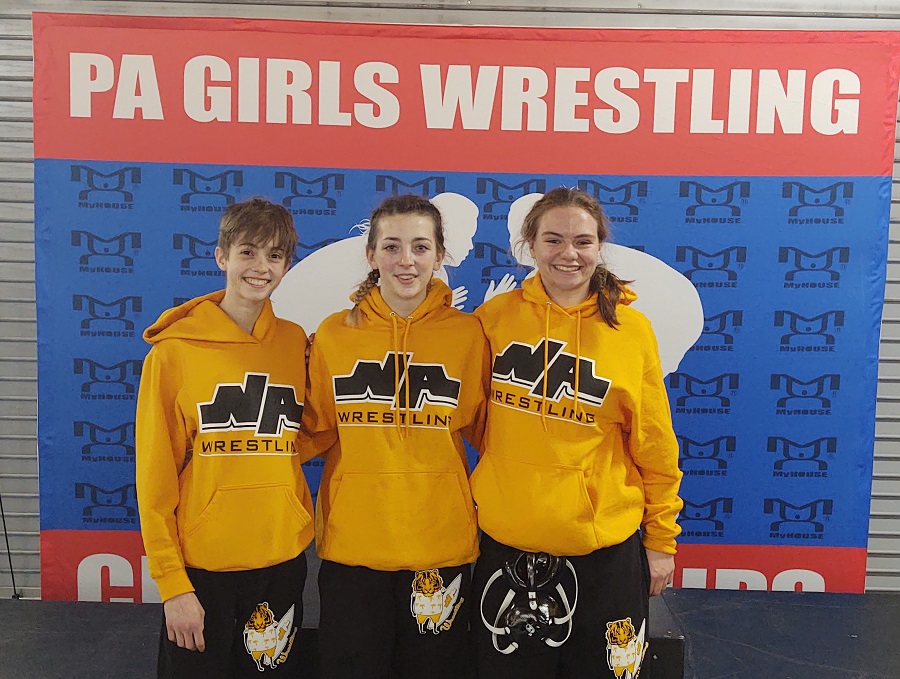 (3/24/21) The NA Girls Wrestling team traveled to Manhiem, PA this past weekend to compete at the MyHouse PA Girls HS State Wrestling Championships. A total of 110 high school girls from across the state competed and marked the first time that officially approved girls teams from PIAA High Schools competed at the Championships. This also concluded the very first year for the Girls Varsity program at North Allegheny.