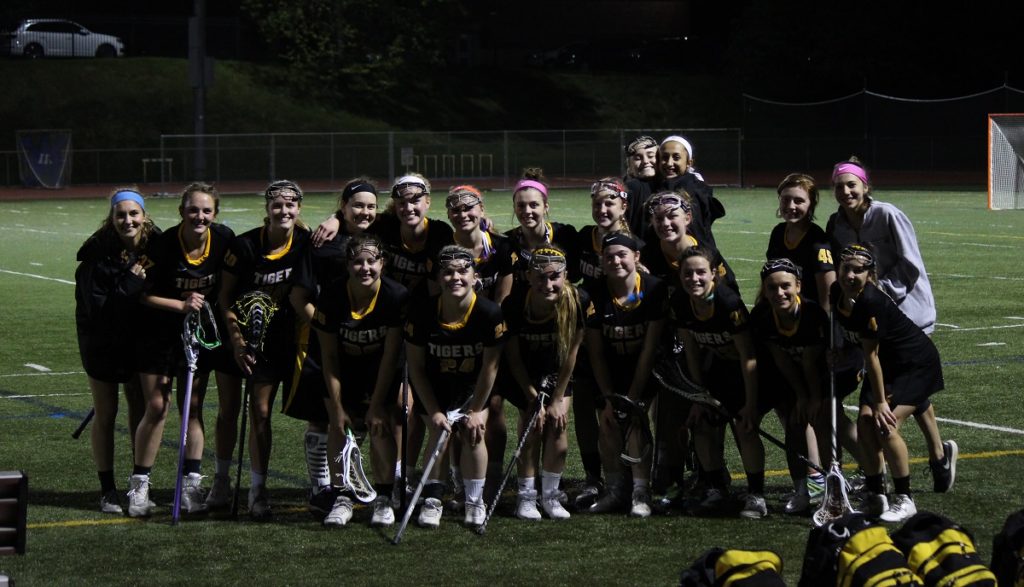 The North Allegheny girls’ lacrosse team won its first WPIAL playoff game in program history with a thrilling 12-11 triumph at Shady Side Academy on Monday night. Sophomore Brooke Ferringer scored five goals and controlled 15 of 22 faceoffs to help NA erase a one-goal deficit at halftime. Of the five goals, four came in the second half including what proved to be the game winner.

With the Tigers leading 12-8, Shady Side Academy mounted a comeback with three straight goals and had a chance to tie the game in the waning seconds, but a last-ditch SSA shot rang off the post as time expired. Senior goalie Katie Shideler and the Tigers defense helped stave off Shady Side in the second half. Along with Shideler, Julia Puntil, Bethany Schreiber, Cassidy Heim and Josie Barton held off the Indians down the stretch.

Trailing 6-5 at intermission, North Allegheny surged ahead in the second half with a potent offensive attack. Abby Washabaugh posted a hat trick and Caroline Palguta tallied two goals. Paige Jones and Nicole Atkinson each had a goal and an assist and Nadia Durante dished out three assists.

North Allegheny improves to 7-8 on the season with the win. The Tigers will have a rematch with section rival Seneca Valley on Wednesday night in the WPIAL quarterfinals at 6:00 p.m. The game will be played at Fox Chapel High School and will be broadcast live via the internet on the North Allegheny Sports Network.