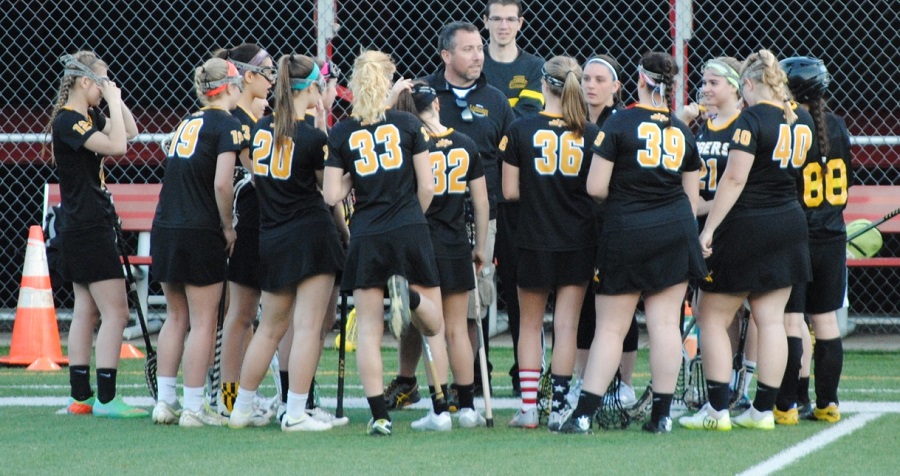 The North Allegheny girls’ lacrosse team opened the season on the road at Shaler on Monday night and came away with an impressive 12-9 victory. Shaler started the game strong with a 3-0 lead but the Tigers fought back with strong defensive stands by Julia Puntil, Cassidy Heim, Bethany Schreiber, and Vivian Lindsay.  Brooke Ferringer had two goals in the first half, assisted by Nicole Atkinson and Ryley McClelland. Paige Jones, Caroline Palguta, Ryley McClelland, Nadia Durante and Abby Washabaugh also put points on the board and Lexi McClure add an assist for NA during the first half.  The Tigers entered halftime down by one, with a score of 8-7.

Katie Shideler was a wall in the net, allowing Shaler to score only one more goal on the night and stopped 8 of 9 shots faced in the second half. Jones had two amazing goals in the second half, with Palguta, Ferringer, and Washabaugh also adding to the Tigers total.  Crisp passing and smooth transitions helped propel NA over the Titans, 12-9, in this section opening game.

The Tigers take on the Pine Richland Rams on Wednesday night at Newman Stadium in another section contest.