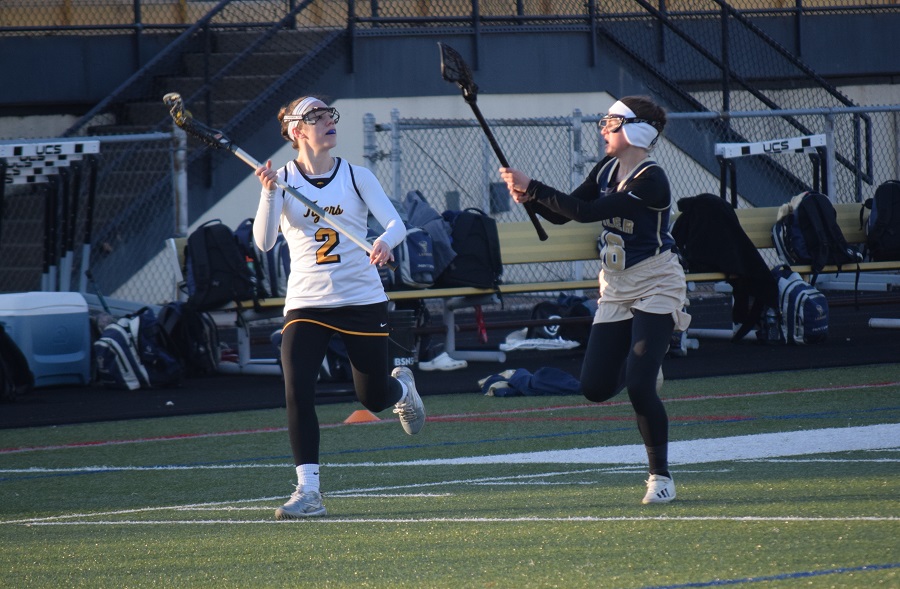 The Tigers did not waste time getting on the board. Sophomore Skye DePrado opened up the scoring with a free position goal just 30 seconds into the contest. Butler responded to take its only lead of the game on the backs of Tayrn Thompson and Julia Sharp with 22 minutes left in the first half. NA ripped six straight goals to take a 7-2 lead with 16 minutes left in the first.  Jones and sophomore Katie Oates added two each in the sequence, while DePrado and Brooke Ferringer also scored in the streak. The two teams traded goals through the end of the half, where NA held a 12-8 lead at the break.

The Golden Tornado started the second half with back-to-back goals that brought the game within two, but the Tigers had a response. Jones notched her fourth of the game then Ferringer earned a hat trick to extend the lead to 14-10. Kate Quinlan scored a pair of goals to add a hat trick for Butler and make it a two-goal deficit once again. But NA then scored another set of six straight goals to put the game out of reach.

Jones earned Wright Automotive Player of the Game honors with her six-goal performance. She also netted two assists and was a force on draw controls winning 14 of 24.

DePrado ended the game with four goals, while Oates and Ferringer each had a hat trick. Seniors Lexi McClure and Valerie Davis each had a pair of goals.

With the win, the Tigers improve to 5-4 overall and 3-2 in Section 2-AAA play. NA faces section opponent Shady Side Academy Wednesday on the road.

Butler drops to 3-8 overall and 1-4 in section play. The Golden Tornado face Shaler at home on Wednesday.