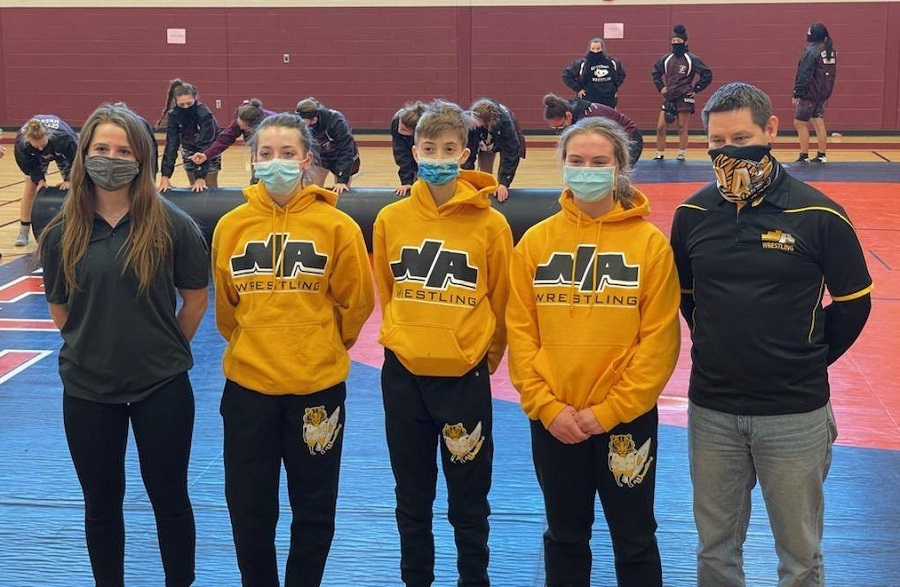 The North Allegheny girls’ wrestling team traveled to Gettysburg on Saturday to compete in the first ever PA Girls Duals Tournament at Gettysburg. This marked the first time in school history that North Allegheny fielded an all-girls team against other girls teams from across the state. Five of the approved PA teams were there: Anville-Cleona, Gettysburg, Governor Mifflin, JP McCaskey, and North Allegheny. There were also girls from Pottstown, Parkland, New Oxford, Delaware Valley, Fairfield, and York Suburban. The girls were divided into four teams that competed in three dual meets.