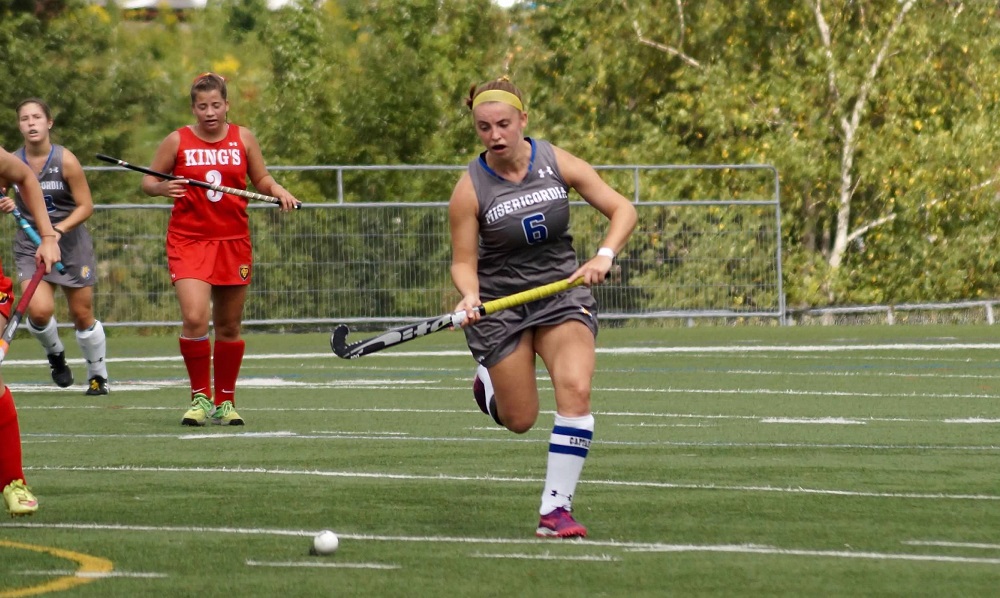 Misericordia University recently recognized the academic accomplishments of the co-valedictorians for the winter 2018 graduating class during the eighth annual winter commencement ceremony at the Anderson Sports and Health Center.

A four-year starter as a forward/midfielder, the daughter of Thomas and Doreen Vogl was second on the Misericordia field hockey team in scoring with eight points and was elected team MVP by her teammates during her senior season. Vogl was fifth in scoring with nine points (4 goals, 1 assist) during her junior year and placed second with four goals and four assists as a sophomore. The field hockey team won two MAC Freedom championships and earned two berths in the NCAA Tournament during her career. At the conclusion of her junior season, she was named to the MAC Sportsmanship team.

Vogl’s classroom work also was recognized as she received the National Field Hockey Coaches Association Scholar of Distinction Award for maintaining a cumulative grade point average (GPA) of 3.90 or higher during her four years as a student-athlete. A member of the team’s leadership committee, she also was a four-time Misericordia University Scholar Athlete recipient for maintaining a 3.4 GPA or higher. Vogl continues to remain active in the Athletic Department as she participates in the Cougars’ Leadership Series.

In the community, she is the Physical Therapy Club’s liaison to the Misericordia University Student-Run Pro-Bono Physical Therapy Clinic that provides free services to people in the community who are underinsured, uninsured or in need. Vogl and her teammates also participated in numerous service activities such as the Special Olympics, Adopt-A-Family and more. The team also produced a video to raise awareness for suicide prevention. Vogl has also been a member of the Relay for Life Event Leadership team since her sophomore year, serving on the publicity and activities committees. A member of the Physical Therapy Club, she was inducted into the Sigma Beta Delta Honor Society.

Larkin and Vogl are scheduled to receive their doctorate degrees during the winter commencement ceremony in December 2021.