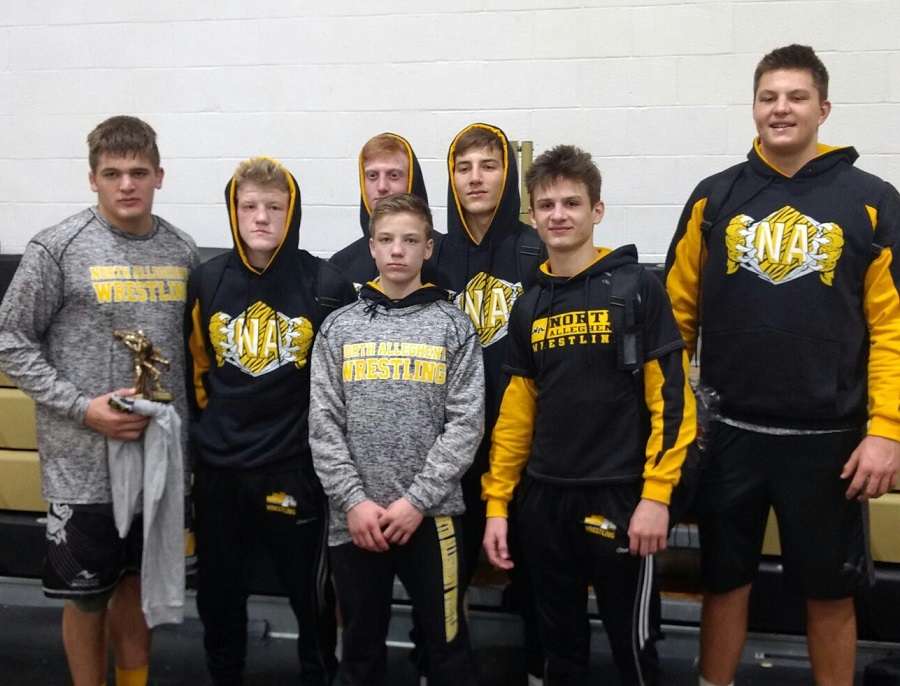 The North Allegheny wrestling team opened the 2016-17 season at the Eastern Area Wrestling Tournament and came away with an impressive second place finish. The Tigers crowned three individual champions to garner a team score of 216.5 points. Kiski Area took first place with a score of 298 points.

North Allegheny will open section action on Wednesday night against Indiana at 7:00 p.m. The match will be broadcast live via the internet on the North Allegheny Sports Network.