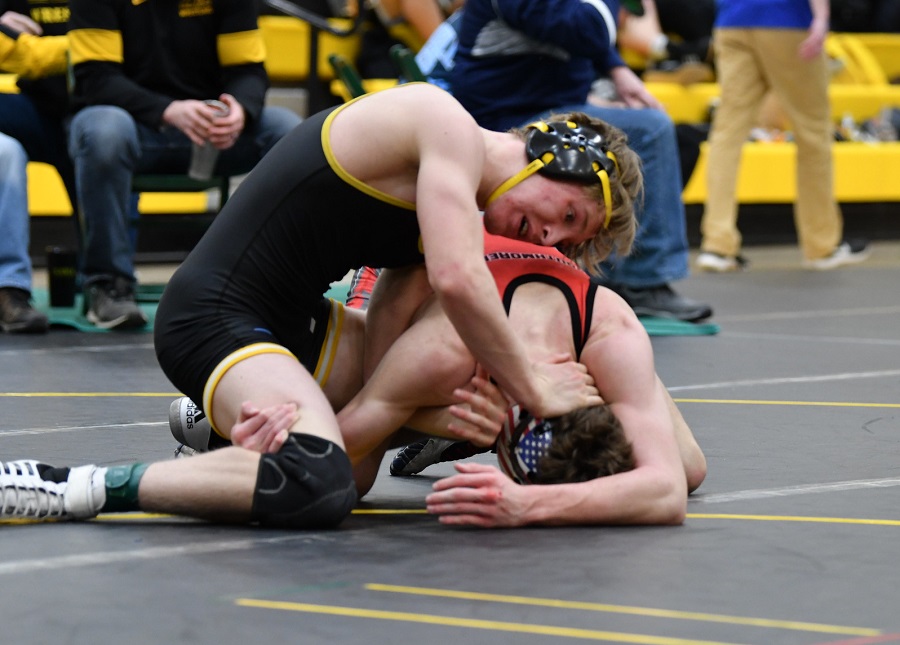 The North Allegheny boys’ wrestling team took part in the two-day PoweADE Wrestling Tournament at Canon-McMillan High School. Facing a collection of some of the best wrestlers in the nation, the Tigers finished with a team score of 38.5.

The most successful effort in the winner’s bracket was provided by Wisconsin University commit Dylan Coy, who reached the quarterfinals at 126 pounds. Coy opened the tournament with an 11-1 major decision over Devon Magro of Bishop McCort. Coy then followed with a hard-fought 1-0 decision against Mason Brugh of Wadsworth (OH) to reach the quarterfinal round before falling to Thomas Jefferson’s Maddox Shaw by fall.

At 132 pounds, junior Nathan Monteparte put together an impressive run of victories in the consolation bracket. After an opening round win by fall over T.J. Carroll of Forest Hills, Monteparte fell in the second round to seventh-seeded Chad Ozias of Connellsville by fall. Undaunted, Monteparte rattled off four consecutive victories before ultimately being eliminated by Williamsport’s Braden Bower by a narrow 3-2 decision. Monteparte’s run through the consolation bracket included two wins by tech fall and two wins by major decision.

Sophomores Travis Stipetich (152) and Aiden Buggey (215) each went 3-2 in their respective weight classes. For a complete look at the brackets from the PowerADE Wrestling Tournament, click here.

North Allegheny will next take on North Hills and Pine-Richland on Wednesday night for the Tigers first section action of the season.