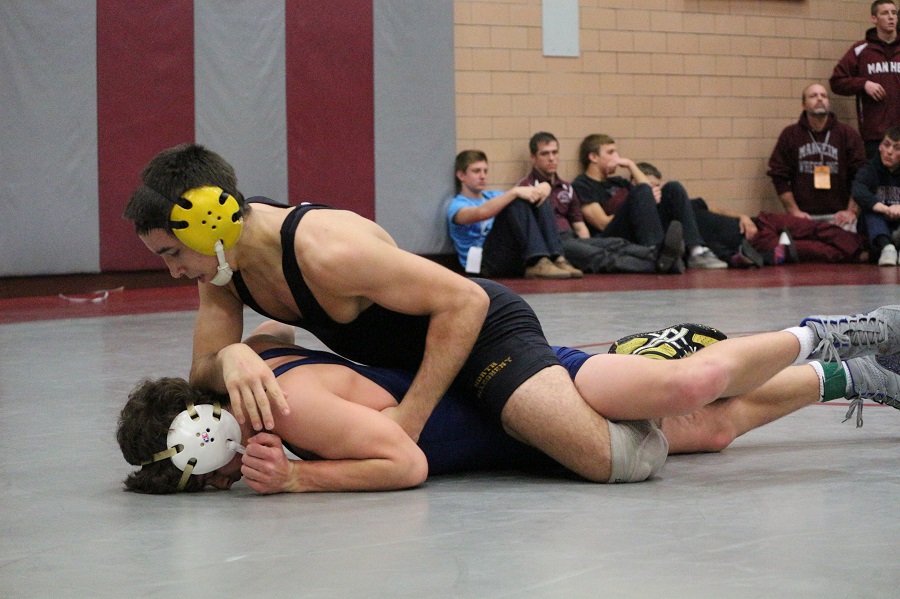 Against the top-seeded Franklin Panthers on Friday night, North Allegheny fell by a 49-24 final in the WPIAL Semifinals.  It was the third semifinal appearance for the Tigers in as many seasons, but the powerful Panthers were a bit too much to handle.  Franklin Regional will face Latrobe today at 6:30 pm in the WPIAL Championship.  North Allegheny still has hope for reaching states as the Tigers will battle Canon-McMillan in the Third Place Consolations at 2:00 pm.  Both matches will be hosted by Chartiers Valley High School.

Despite the loss to the Panthers, the Tigers scratched and clawed with their top-ranked opponent.  Colton Byerly (182) and Zach Smith (220) earned pin falls for NA.  Clay Byerly picked up a tech fall at 195 pounds and Dom Forys earned a 15-6 major decision at 126 pounds. Scotty Stossel collected a 17-11 decision over Kyle Berk at 120 pounds.

North Allegheny falls to 12-1 overall but will battle Canon-McMillan this afternoon with a trip to the PIAA Team Tournament on the line.  The match can be heard live courtesy of WJPA Radio by clicking here.