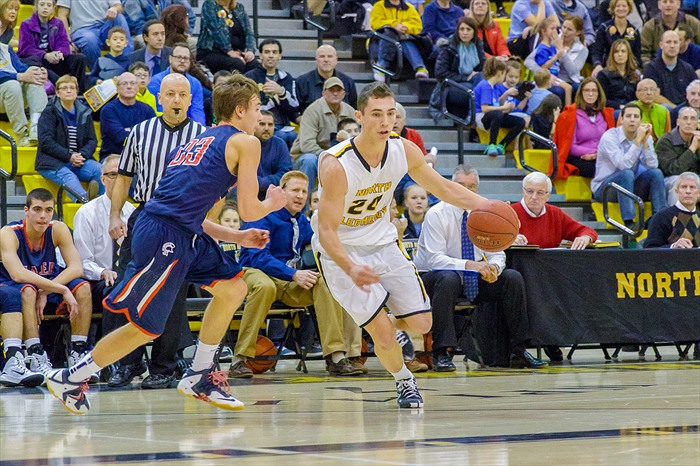 In the section opener for both teams, North Allegheny overwhelmed Shaler Friday night, using pressure defense and a frenetic pace to score an 86-53 home win. The Tigers forced 28 turnovers and put up 24 more shots than the Titans, never trailing en route to the victory.

With the win, North Allegheny stayed undefeated on the young season. The Tigers are 4-0 overall, including a 1-0 mark in Section 3. Shaler is still searching for its first victory at 0-4 overall and 0-1 in section play.

Early on, Shaler hung right with North Allegheny, and a pair of free throws by sophomore Tanner Reinheimer pulled the Titans within two, 10-8, midway through the first quarter. The Tigers, however, responded with a 10-0 run and never looked back.

Shaler shot the ball well from the field, at 53 percent, but they registered only 34 field goal attempts compared to North Allegheny’s 58. The Tigers also drained nine three-pointers in the contest.

North Allegheny had three players in double figures, led by senior guards Cole Constantino and Will Sandherr with 22 and 19 points, respectively. The duo did its scoring in different ways, as Constantino went a perfect 9-for-9 from the free throw line while Sandherr hit 5-of-6 from beyond the arc. Junior Keegan Phillips added 17 points for the Tigers.

Each team returns to section play Tuesday night. North Allegheny travels to Pine-Richland, while Shaler hosts Butler. The Titans, though, have a quick turnaround overall, as they are back in action tomorrow afternoon with a non-section game against Penn Hills.