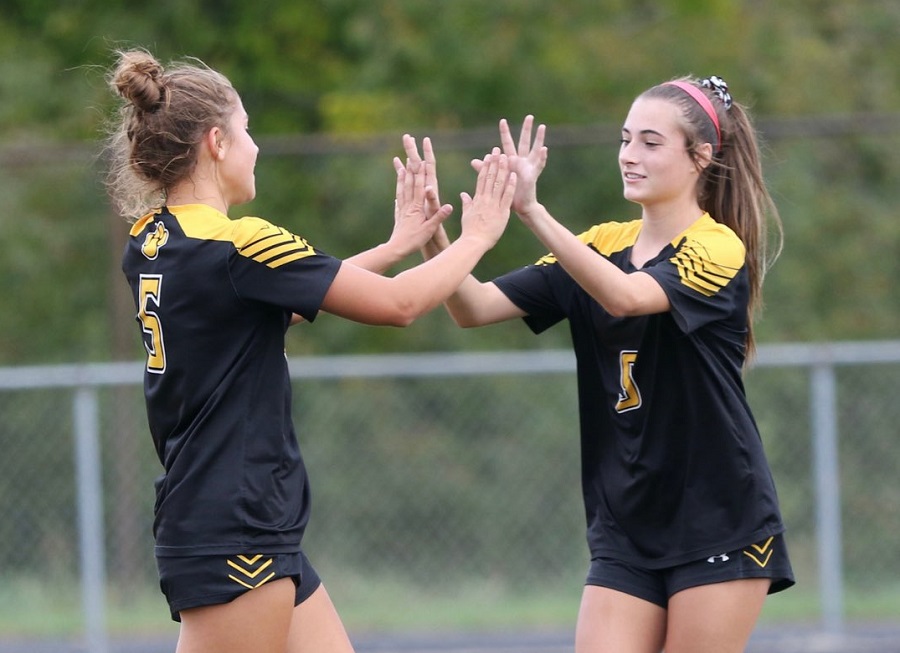 The North Allegheny girls’ soccer team earned another shutout victory on Saturday afternoon with a 3-0 non-section triumph over Archbishop Alter at Newman Stadium.

Facing a tough out of state foe from Kettering, Ohio, the Tigers played to a scoreless deadlock in the first half. North Allegheny gained momentum early in the second half when junior Lucia Wells scored 4:21 into the half for a 1-0 lead. The Tigers added on to the lead with 23:16 to play in the game as sophomore Abigail Stager netted a goal for a 2-0 advantage. Junior Allie Burns put the game on ice with 6:33 to go in the contest to bring the score to its eventual final, 3-0, Tigers. It’s the 10th shutout of the season for NA.

North Allegheny improves for 10-0-1 overall on the season, while Archbishop Alter falls to 8-5-3. The Tigers return to section play on Monday night with home game against Shaler at 6:00 p.m. The contest will be broadcast live by the North Allegheny Sports Network.