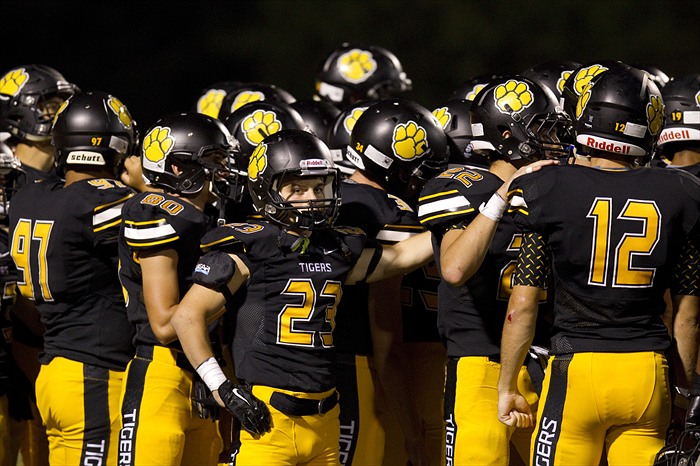 The North Allegheny Tigers (4-1) host the Butler Golden Tornado (0-5) tonight on a homecoming evening at Newman Stadium. North Allegheny owns an 11-game winning streak over Butler, including a 21-0 shutout win over the Golden Tornado last season. In a defensive struggle on the road, linebacker Ijhad Bonner put the game away in the fourth quarter with a 42-yard interception return for a touchdown. Mike Pope also had a 56-yard punt return in the victory.

The Golden Tornado have been struggling entering tonight’s contest and have lost eight straight games going back to last season. Most recently Butler dropped a 43-7 decision to Seneca Valley last Friday night on the road.

Kickoff for tonight’s game is slated for 7:30 pm. The game will be broadcast live via the internet on the North Allegheny Sports Network with airtime slated for 7:20 pm. Randy Gore and Rick Meister have the call. To listen to the broadcast, click here.