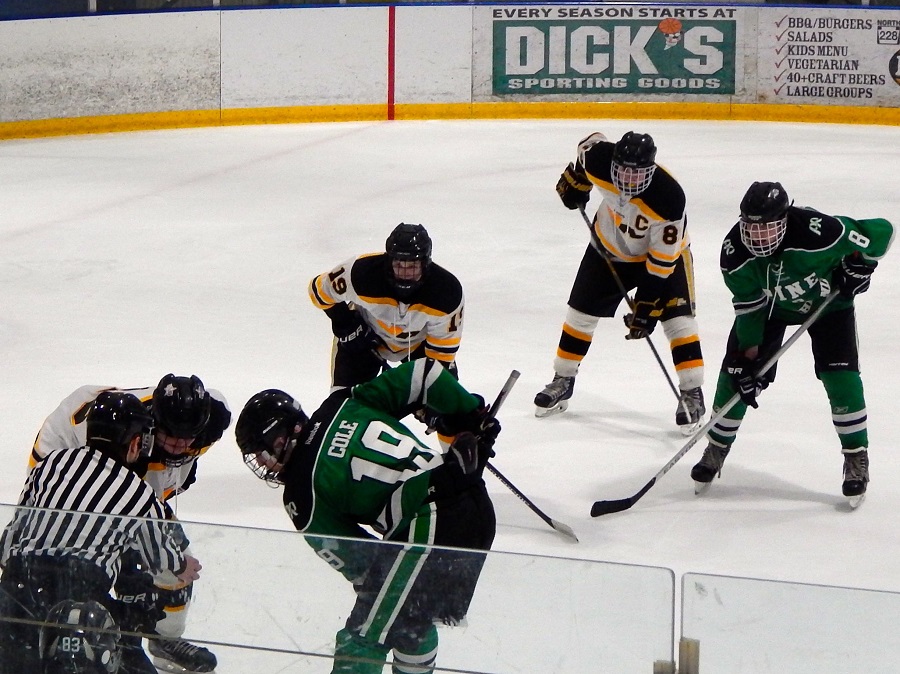 North Allegheny snapped a brief two-game losing streak with a 2-1 win over the Pine-Richland Rams on Monday night. Senior Jesse Zahn scored both of North Allegheny’s goals to lead the way.

Zahn’s first goal came at the 2:17 mark of the opening period to give the Tigers a 1-0 lead. Pine-Richland tied the game at the 3:36 mark of the second period on a goal by Matthew Cole. The score stayed deadlocked at 1-1 until Zahn struck again with 1:36 left in the second period to put the Tigers in front, 2-1. Goalie Joseph Hubert made sure the one-goal lead stood as he stopped 29 of 30 shots from the Rams..

North Allegheny improves to 5-4-1 on the season, while Pine-Richland drops to 1-10. The Tigers visit the Shaler Titans on Tuesday, December 22 in their next game.