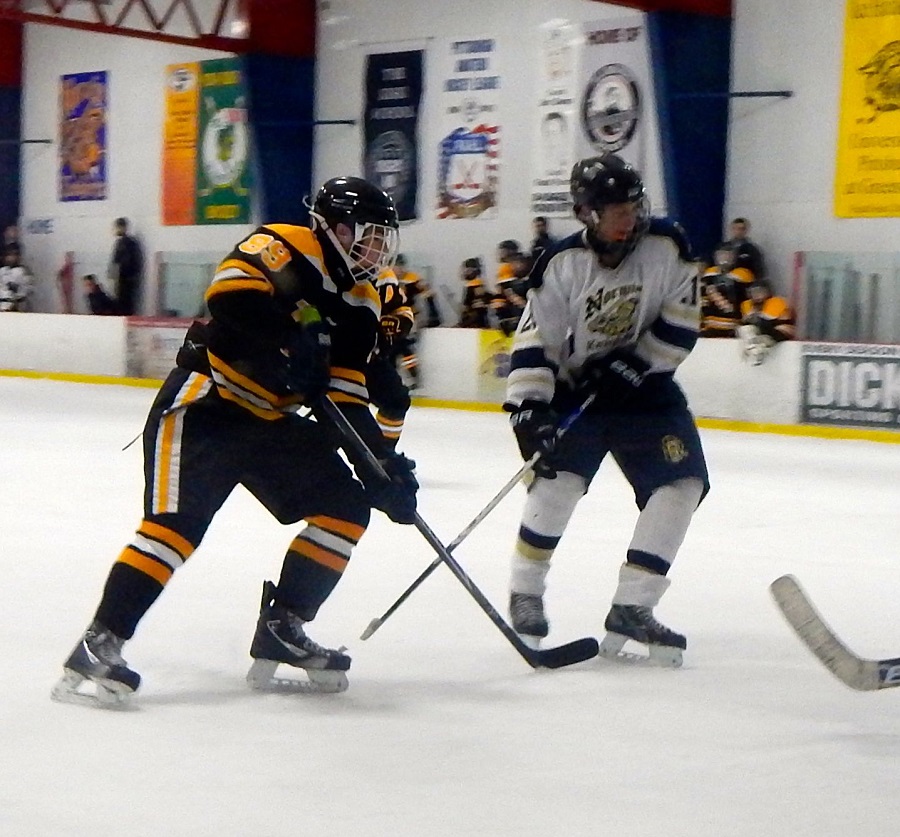 The North Allegheny Ice Hockey Team dropped the regular season finale to the Pittsburgh Central Catholic Vikings on Tuesday night, 3-1, at BladeRunners USA.  The Tigers scored their first and only goal of the game on an Erik Chidester tally, assisted by Dawson Richard and William Rahenkamp, at the 10:55 mark of the first period for a 1-0 lead.

Central Catholic tied the score with a Matthew Stalter goal in the second period and took the lead with a pair of goals in the third.  Ryan Haag and Antonio Misiti earned markers in the final period to give the Vikings the two goal win.  Misiti’s goal was a short-handed empty net tally in the last minute of the game.

With the loss, Section 2 champion North Allegheny closes out the regular season with 12-7-1 record.  With one more regular season remaining, Central Catholic improves to 11-7-1 and can win the Section 4 title with a victory Butler tonight. Both teams will compete in the PIHL Class AAA playoffs which begin next week.