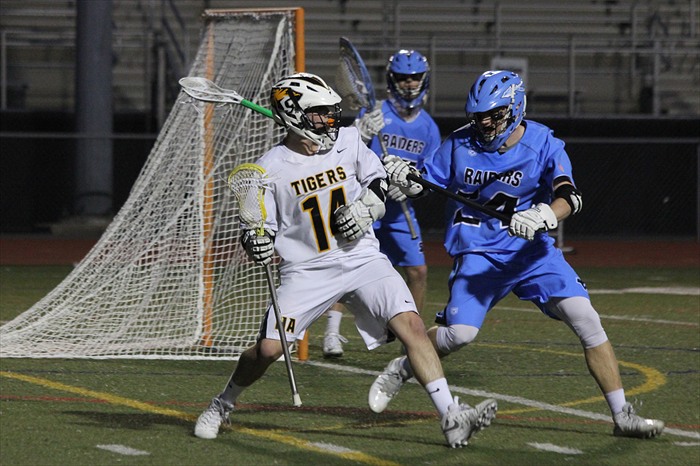 The North Allegheny boys’ lacrosse team won its third game in a row on Saturday afternoon with a dominating 12-5 road win at Pittsburgh Central Catholic. The Tigers held a 7-2 lead at halftime and coasted to the lopsided non-section triumph.