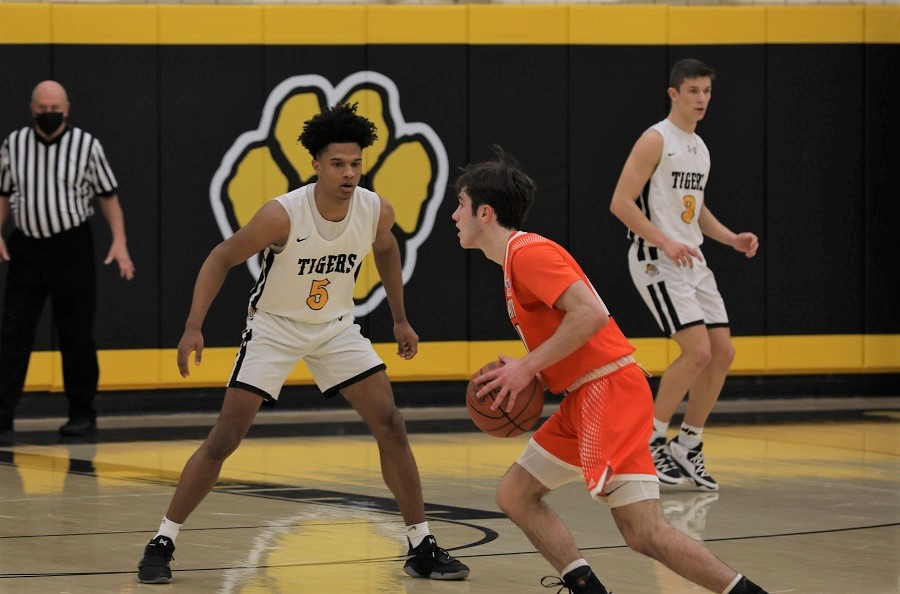 The North Allegheny boys’ basketball team rebounded from a disappointing loss to Butler earlier in the week with convincing 75-43 win over playoff-bound Latrobe on Thursday night.

The Tigers stormed out of the gates against their Class 5A foe with a ferocious defense that converted turnovers into baskets and a 33-11 lead after one period. Senior Khalil Dinkins dominated the action in the opening stanza, scoring nine of his 13 points in the quarter. Dinkins was named the Wright Automotive Player of the Game for setting the tone in a North Allegheny rout.

Following the big first quarter, the Tigers continued to add on to their lead and invoked the mercy rule by the third quarter. Also having a big night for NA was junior Matt McDonough with 19 points and two 3-pointers. Senior forward Greg Habib and junior guard Robby Jones both reached double figures as well netting 17 and 10 points, respectively.

Latrobe was paced by senior Frank Newill with 13 points.