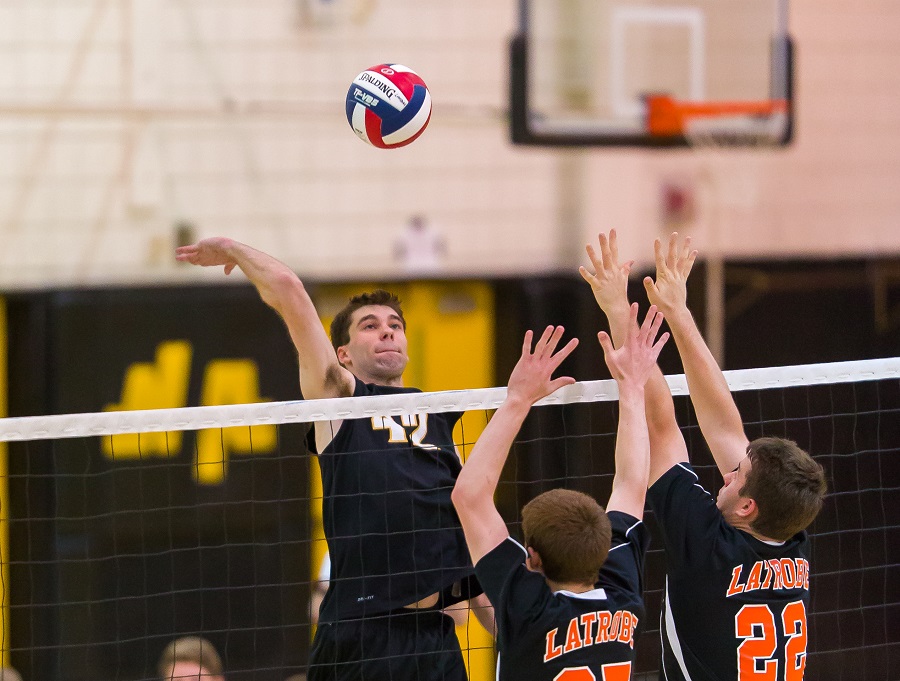 In similar fashion to last year’s meeting with Latrobe in the playoffs, the North Allegheny boys’ volleyball team again ended the Wildcats season Tuesday night with a 3-1 victory in the opening round of the WPIAL Class AAA playoffs.  The reigning eight-time WPIAL champions defeated Latrobe by the same score last year in the quarterfinals, but it looked like Latrobe might have other thoughts in mind when the match began.

In a hotly contested opening set, Latrobe beat the Tigers 27-25 primarily behind the play of senior Ryan Skoloda who tallied five kills and finished with 15 kills on the night. However, the Tigers got back on track and took the next three sets by scores of 25-20, 25-16 and 25-19.  On this night, North Allegheny was led by a determined Robert Stiefvater who punished the Wildcats in the middle to the tune of 19 kills and 14 block assists. Stiefvater’s inspired play earned him Wright Automotive Player of the Game honors.

The victory vaults the Tigers into the WPIAL quarterfinals where they’ll face the Plum Mustangs on Thursday night at a site and time to be determined.