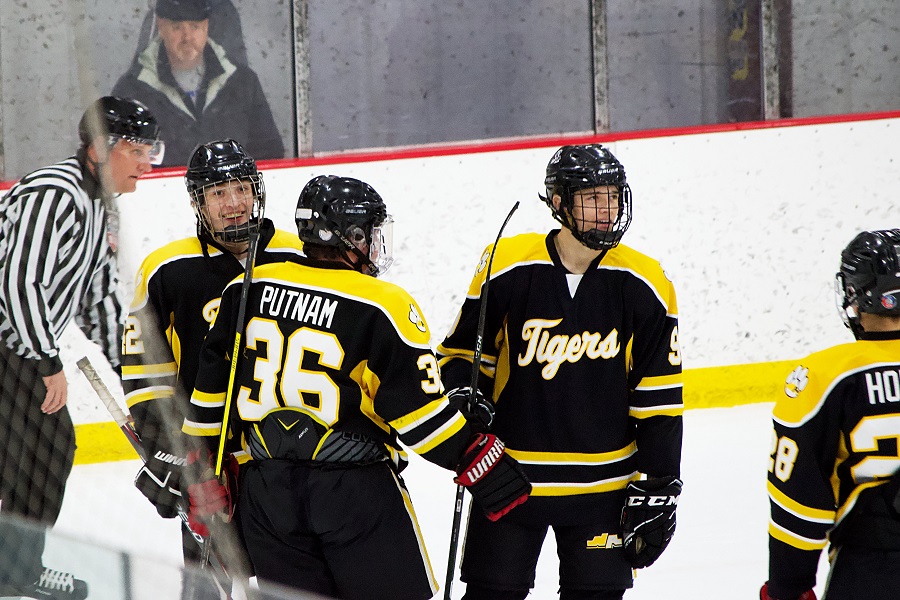 The North Allegheny ice hockey team secured a playoff berth on Tuesday night with a 9-0 blowout over the Central Catholic Vikings at the Alpha Ice Complex. Senior Tyler Putnam led the avalanche of goals with a five-goal effort, giving him a team-best 15 goals on the season.

Putnam netted the first three goals of the night and the rout was on. The Tigers scored four goals in each of the last two periods as the highest scoring team in Class AAA picked apart the Vikings defense.

A number of Tigers checked in with dazzling performances, including Trey Gallo with four assists and Kevin Hart with one goal and three assists. Senior Will Parreaguirre tallied a pair of goals and Tyler Lamark added a marker.

In net, Tyler Boyles earned the win with 18 saves for his second shutout of the season.

With the win, first-place North Allegheny improves to 12-2-1 on the season. Central Catholic slides to 2-12-0 on the year. The Tigers will host Seneca Valley for Senior Night on Thursday, Jan. 23. The game will be broadcast live via the internet on the North Allegheny Sports Network.