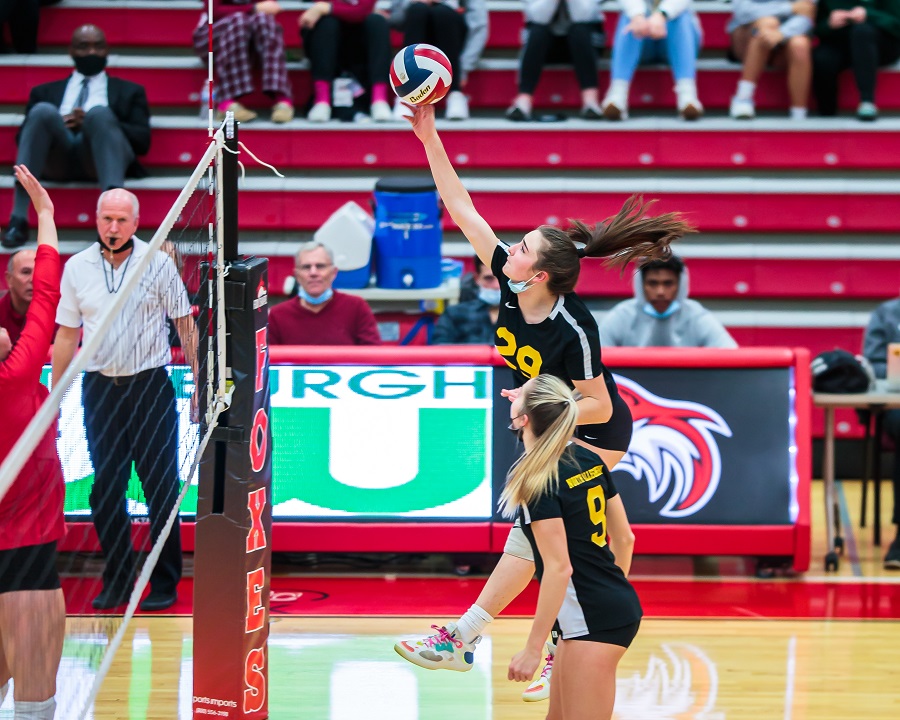 The North Allegheny girls’ volleyball team advanced to the WPIAL Class AAAA championship game for the fifth straight season with a 3-0 sweep over the Moon Tigers on Tuesday night at Fox Chapel High School. NA earned the semifinal victory by set scores of 25-16, 25-17 and 26-24.

Meeting for the third consecutive year in the WPAL semifinals, North Allegheny and Moon traded barbs in the early going with Moon leading 7-6 in set one. NA rattled off a 5-0 run thanks in part to a pair of aces from junior Caroline Curran to take an 11-7 lead. From there, North Allegheny controlled the set en route to a 25-16 win.

In similar fashion, set two was tied 6-6 before NA won eight of the next 10 points to grab a 14-8 lead. North Allegheny never looked back and garnered a 25-17 victory. Junior Carissa Treser posted three kills in the set on her way to a team-leading nine on the night. Treser also led NA with five blocks.

The third set was easily the most competitive of the night and was nip-and-tuck throughout. Powered by the right arm of junior Bailey Maxin and her three kills in the set, Moon held a 24-22 lead and appeared poised to force a fourth set. However, North Allegheny used a 4-0 run to steal a 26-24 victory and closed out the sweep with an ace from senior Rachel Burton. With two aces, two blocks and significant contributions on defense, Burton was named the Wright Automotive Player of the Game. 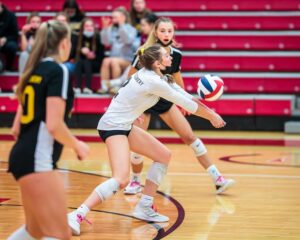 Junior libero Caroline Curran comes up with one of her team-best 17 digs on the night.

Along with Treser’s five blocks, senior Jadyn Perkins and junior Ella Zimmer added two blocks each. Treser, Perkins, Zimmer and Burton all played a role on the block against University of Michigan commit Molly Simmons, who was held to a relatively quiet night.

With the win, North Allegheny improves to 15-1 on the season, while Moon’s year ends with a 14-3 record. NA advances to the WPIAL championship on Saturday at 7:30 p.m. at Robert Morris University to face section rival Shaler in the title tilt for the second consecutive year. The contest will be broadcast live via the internet by the North Allegheny Sports Network.