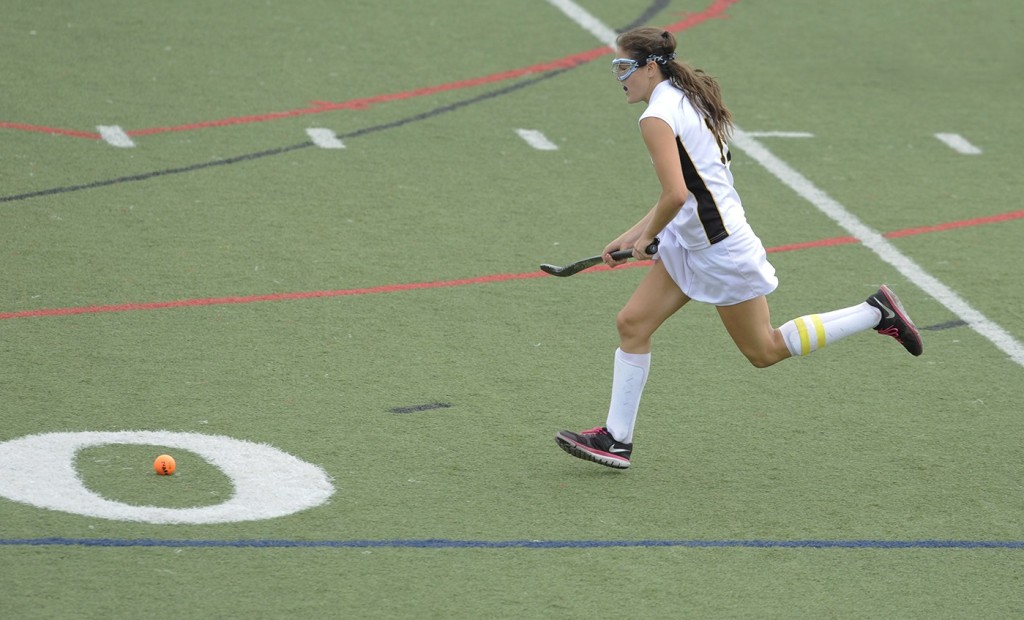 In their second game of the Hockey Day Extravaganza at Newman Stadium, NA faced the defending Ohio state champion Shaker Heights Red Raiders. Despite a heartfelt effort from the girls, the Tigers fell 1-0. Having lost to the Fox Chapel Foxes, 3-0, earlier in the day, Shaker Heights had something to prove, and started the game quickly with a potent offensive attack that kept the ball in the North Allegheny end of the field. The Red Raiders capitalized when Haley Brady knocked home a rebound from a penalty corner shot by forward Meagan Mitchell. The Red Raiders controlled play for the most part, but the Tigers defense was able to keep them off of the scoreboard. The half ended with Shaker Heights leading, 1-0. The Red Raiders had eight shots on goal and earned three penalty corners in the half. Conversely, the Tigers could not generate any offense in the circle, missing starting junior forward Erin Coran to injury. The team registered neither a shot nor a penalty corner for the half.

North Allegheny took the field with renewed purpose in the second half and turned the tables dramatically. Senior forward Maddy Snyder played with tenacity and created a number of scoring opportunities with her ability to carry the ball and pass in the circle. Freshman Bridget Russell came off the bench and provided a spark for the Tigers, carrying the ball skillfully down the left wing. Also on the left, senior Catie Kelly added depth to NA’s positioning and controlled play with her tackling and passing. North Allegheny dominated possession in the second half, and the majority of play occurred in the Shaker Heights end of the field. Despite several chances, goal scoring was elusive for the NA offense and the game ended with Shaker Heights earning a hard fought 1-0 victory. Second half, NA six shots on goal, four penalty corners, and Shaker Heights zero shots and zero penalty corners.

Both Ohio teams were able to edge out the Tigers, while falling to the Foxes. The level of play from all teams was at an elevated level and it was an enjoyable day of field hockey. With the two tough losses, the Tigers dropped to 2-4 overall. They put their 2-0 section record on the line this Thursday when they host the Norwin Knights at Newman Stadium at 7:00 (JV at 5:30).