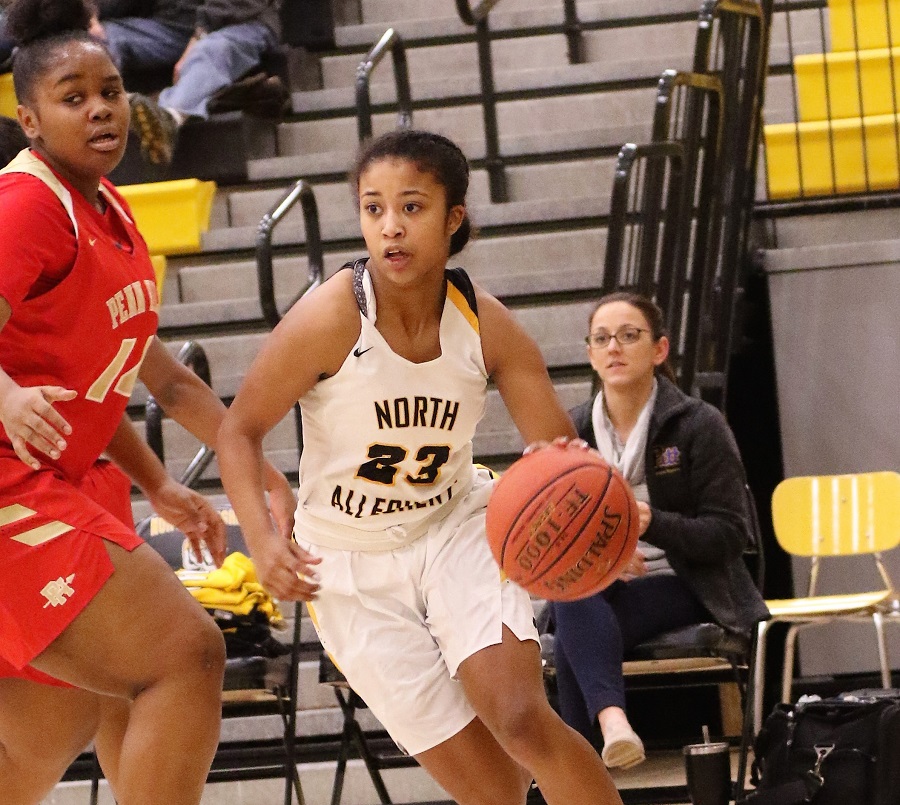 Turnovers and rusty gameplay from both teams led to a 6-4 score at the end of one frame with the Tigers in the lead on the back of junior Lizzy Groetsch, who scored five of the team’s first six points.

Penn Hills kept the pace in the second quarter, with solid gameplay from junior Amoni Blackwell, who finished the game with 12 points.

The shots started falling for both teams in the second half, and the squads went back and forth, leading to a 26-23 game heading into the final quarter.

Penn Hill trimmed the lead to 26-25 early in the fourth quarter, but the Tigers would not look back from there. Strong board play by senior Kat Balouris, in combination with timely shots off the hands of sophomore Taylor Rawls, led the Tigers on a 20-4 run to pull away from the Indians with just minutes remaining.

For the weekend, Groetsch was also named the tournament MVP. Additionally, Balouris and Rawls were named to the All-Tournament Team.

With the loss, Penn Hills falls to 0-2 on the young season, and is set to take on Penn Trafford on the road Dec. 12 in the first conference clash of the year.

North Allegheny remains undefeated at 2-0, and the Tigers face Shaler on Friday at 6:30 pm in the Section 1-6A opener. The game will be broadcast live via the internet by the North Allegheny Sports Network.