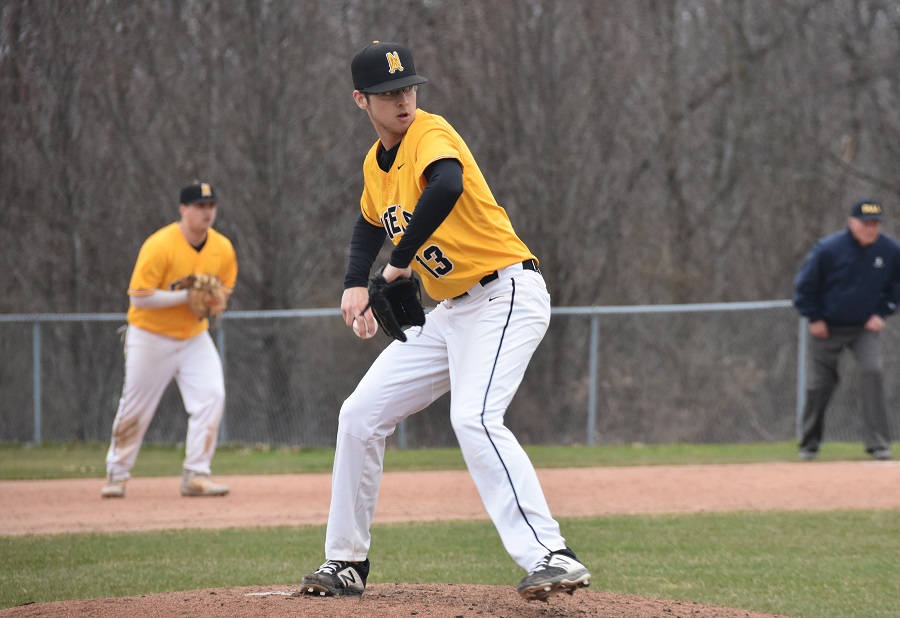 A bases-loaded walk by Cam Medic brought home Logan Andreyko in the bottom of the seventh to propel North Allegheny to an 8-7 non-section victory over Connellsville on Thursday afternoon. The Tigers saw a 7-0 lead evaporate in the late innings but bounced back in the seventh to earn their second walk-off win of the season.

The Tigers constructed a 7-0 lead by the fourth inning thanks to a potent batting order, led by freshman Cole Young’s 3 for 3, four RBI performance. Joey Colella added a pair of RBI’s and C.J. Weller posted a 2 for 4 day with two runs scored.

Connellsville rallied back with six runs in the fifth inning and one more in the sixth to knot the score at 7-7. That set the stage for Medic’s heroics in the bottom of the seventh to give NA an 8-7 victory.

North Allegheny improves to 4-3 overall on the season. The Tigers will play in their Section 1-6A opener on Monday at Central Catholic at 4:00 p.m.