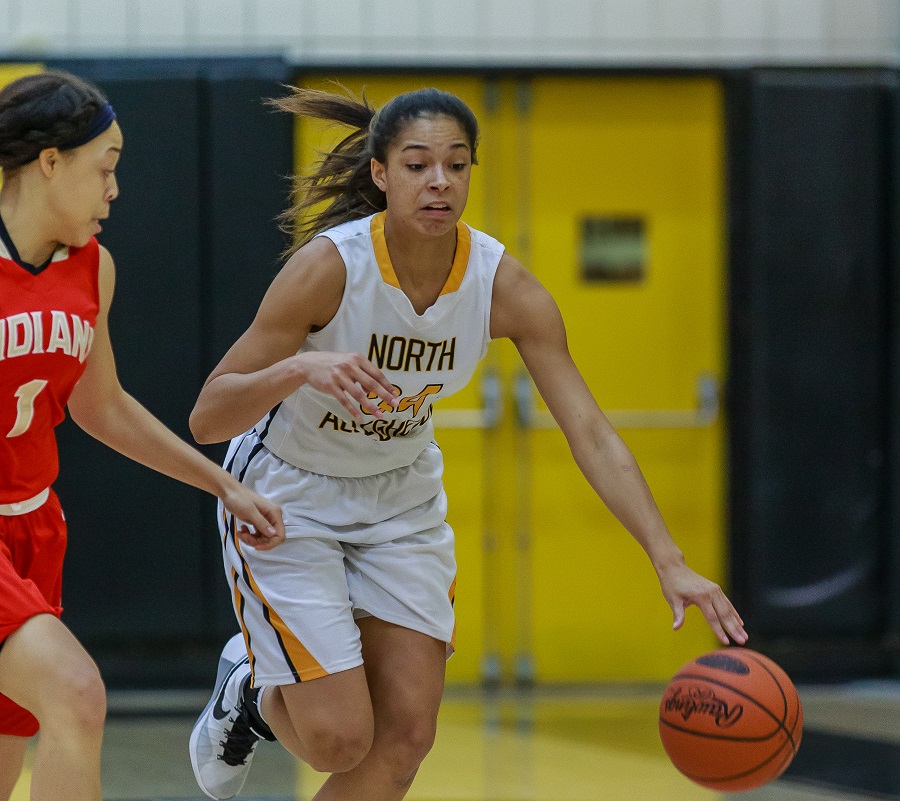 The North Allegheny Tigers advanced to the WPIAL championship game for the first time since 1999 with an impressive 68-40 victory over the Penn Hills Indians in the WPIAL semifinals. The Tigers had reached the semifinal round the last two seasons but fell short of the title game each time. On Tuesday night, the third time was the charm for North Allegheny in a thorough defeat of Penn Hills. The win sets up a championship joust with the reigning champion Norwin Knights on Saturday night at the Petersen Events Center.

The Tigers found their shooting stroke early and bombarded the Indians from 3-point land with 9 of 20 shooting from beyond the arc, while Penn Hills struggled offensively and was limited to 20 percent shooting from the outside. Junior Hailey Zeise and senior Abby Gonzales knocked down 6 of 12 on 3-pointers and paced North Allegheny offensively. Zeise and Gonzales scored 23 and 20 points, respectively. Senior Taylor Lake also reached double figures with 11 points.  Zeise was named the Wright Automotive Player of the Game for her all-around effort.

Penn Hills junior Desiree Oliver accounted for half of her team’s output and netted a team-high 20 points. With the help of Oliver, Penn Hills held an 8-7 lead in the first quarter but North Allegheny ended the period on an 11-2 run for an 18-10 lead. The game was never close from that point on as the Tigers lit up the second best scoring defense in Quad-A. Every bounce and shot went North Allegheny’s way, made evident by an 80-foot buzzer-beater to end the third quarter by Rachel Martindale that gave the Tigers a 47-27 lead. North Allegheny shifted into cruise control in the fourth quarter to close out the 68-40 triumph.

With their 15th straight win, North Allegheny improves to 22-3 overall and will play the undefeated Norwin Knights in the WPIAL championship on Saturday at 7:00 pm. The game will be broadcasted live by the North Allegheny Sports Network. Penn Hills saw their 10-game winning streak snapped and dip to 22-3 overall. The Indians have already qualified for the PIAA tournament next week.