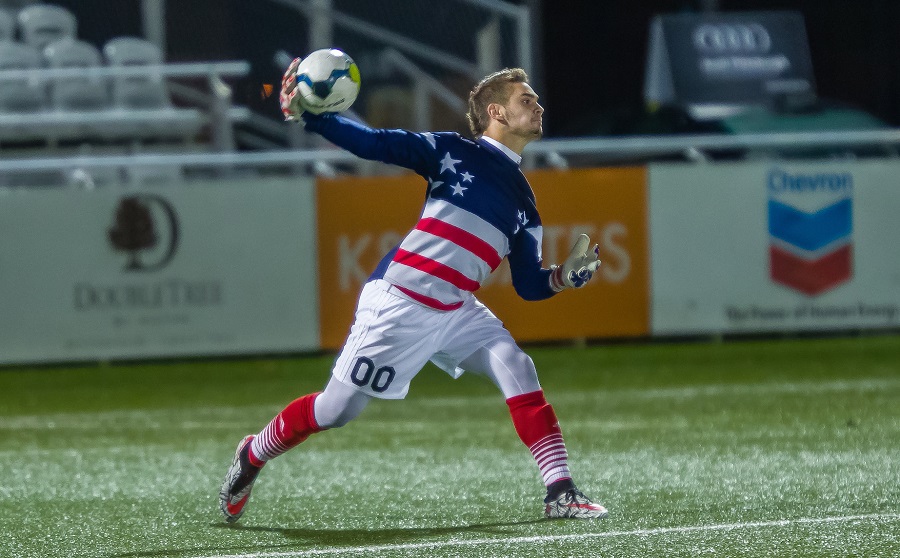 Throughout the 2016 postseason, the North Allegheny boys soccer team made scoring late goals seem almost commonplace. Even in the WPIAL title game, the Tigers tallied the game-tying goal with only 2:24 left in regulation en route to an overtime victory over rival Seneca Valley.

Tuesday night at NexTier Stadium—and against that same Seneca Valley program—the Tigers struck again. Senior Zac Marzula scored on a cross by classmate Josh Rouser with just 7:36 remaining in the second half to help NA earn a 2-2 tie in Section 1 (4A) play.

Looking to bounce back after a 2-1 loss to Butler this past Thursday, the Raiders started quickly, as junior forward Austin Myers notched the game’s opening goal only 2:13 into Tuesday’s contest.

NA responded not even 10 minutes later, however, when senior Ryan Earle finished a ball played across the box by classmate Josh Luchini. The marker was Earle’s first of the 2017 campaign, while the assist was Luchini’s team-leading eighth.

Not quite seven minutes into the second half, Seneca Valley senior midfielder Drew Balla lofted a header over the outstretched arms of NA senior goalkeeper Grant Glorioso to give the Raiders a 2-1 advantage and set the stage for Marzula’s late score. Junior Jackson Wotus notched the assist on Balla’s goal.

Despite the two goals against, Glorioso earned the honor of Wright Automotive Player of the Game. The returning WPIAL All-Star made six saves and thwarted numerous other potential scoring chances with his aggressive play.

The Tigers return to action on Friday at Newman Stadium with a section contest against Shaler. Kickoff against the Titans is slated for 7:30 p.m.