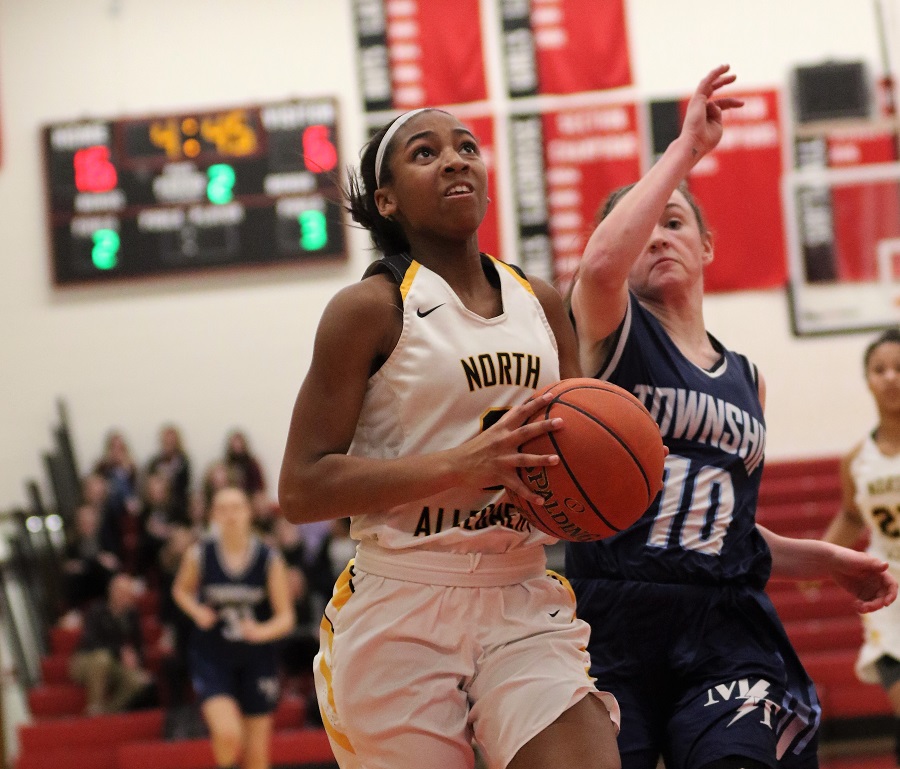 Nearly a week after their thrilling overtime win in the WPIAL championship game, the North Allegheny Tigers opened the PIAA Class 6A playoffs with a 57-33 triumph over Manheim Township on Friday night at Sewickley Academy High School. Junior Lizzy Groetsch led the way with a game-high 24 points on her way to Wright Automotive Player of the Game honors.

Appearing in the state playoffs for the seventh consecutive season, the Tigers got off to a slow start offensively but rattled the Blue Streaks with their pressure defense. With Manheim Township held in check, Groetsch scored four points and sophomore Emma Fisher knocked down a 3-pointer to help NA take a 10-2 lead after one quarter.

In the second period, North Allegheny began to find its rhythm and opened up a 29-10 lead by halftime. Manheim Township inched back in the third quarter and trimmed the deficit to 13 points on the strength of swing player Katie Bushong. A Wilmington University commit in volleyball, Bushong scored nine points in the third quarter to trim the NA lead to 35-22. Bushong finished with a team-high 16 points.

Despite the Blue Streaks’ third-period surge, a Paige Morningstar 3-pointer to end the third and a Groetsch trey to begin the fourth gave NA decided momentum and a 41-22 lead. The Tigers rolled from that point on and finished the game strong en route to a 57-33 win.

With the win, North Allegheny improves to 23-3 overall. Manheim Township ends its season with a 19-9 record. The Tigers will take on State College, the runners-up from District 6, in the PIAA second round on Tuesday at a site and time to be determined. The game will be broadcast by the North Allegheny Sports Network.