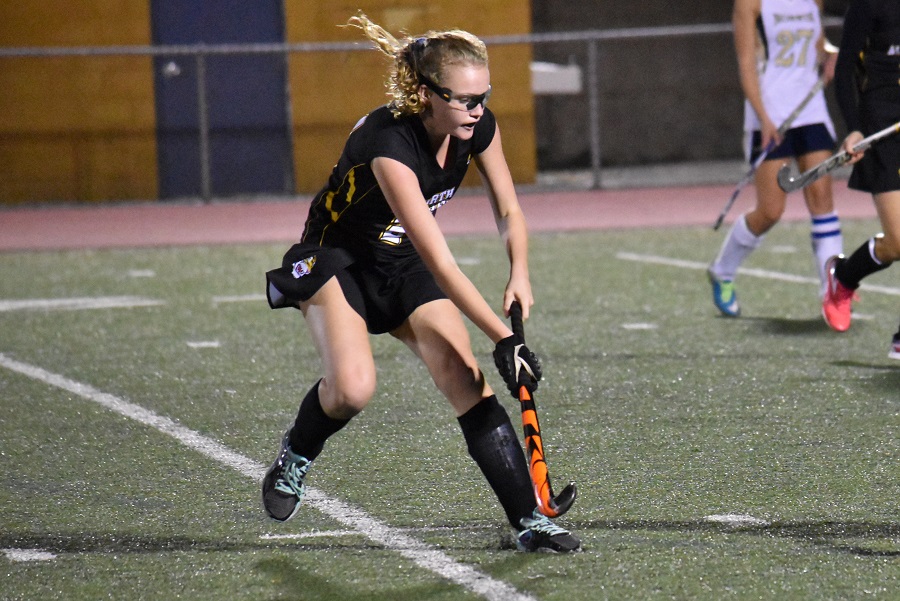 It was North Allegheny 2, Norwin 0 in a Section 1-AAA clash on Thursday night in Irwin. The third game in four days for the Tigers, the victory was a hard-fought success for NA.

Norwin showed their might from the get go – with aggressive and physical play in the center of the field. While NA had opportunities early (primarily getting the ball wide on both sides and bringing it down the wing before the cross back to center), they could not finish in the circle due, in part, to the effective goalkeeping and defensive efforts of Norwin.  In addition, the Knights mounted quick counterattacks that had NA backpedaling.  Both teams had quality scoring chances in the half, but were in a deadlock until the last minute when NA senior midfielder Maddie Birmingham launched a shot that was saved by Norwin goaltender Emily Henderson.  This time, sophomore forward Gracie Limauro was on pads and snatched the rebound to put it in the cage giving NA a 1-0 halftime lead.  Norwin had one penalty corner and six shots in the half, but outstanding goaltending by junior Katie Shideler and solid defensive play by senior Catie Kelly kept them off of the scoreboard.  For the half, NA had six penalty corners and seven shots.

NA’s recharge at half time was evidenced by their second half zeal to add to their lead. Just over three minutes into the half, senior forward Maddy Snyder perfectly timed a well-paced pass to junior forward Alyssa Hillenbrand, who swept the ball into the net to give the Tigers a 2-0 lead.  Despite the two goal deficit, the Knights showed no quit and the game remained intense until the final buzzer.  NA shut out the Knights for the second time with the exact same margin.  For the game, NA had eight penalty corners and 13 shots on goal while Norwin had five penalty corners and eight shots on goal.

The win moves NA to 9-0 in section play and 11-6 overall. The first place Tigers will finish the regular season next Wednesday away at Pine Richland against the second place Rams at 7:30 (JV at 6:00).