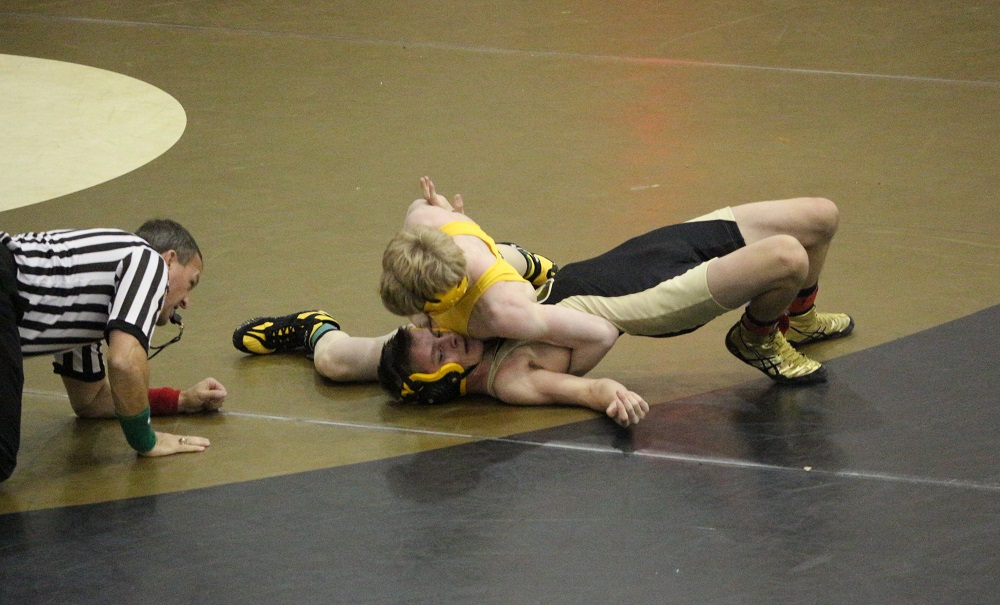 Capping off a clean sweep through Section 3-A, the North Allegheny Tigers punished the Pine-Richland Rams on Wednesday night, 58-8.  The road victory lifts the Tigers to 5-0 in section action and 8-0 overall ahead of the Section Championships next week which will be hosted by the Plum Mustangs, the top team in Section 3-B. Pine-Richland falls to 5-5 overall and 1-4 in section contests.

Before the Tigers take part in the Section Championships next Wednesday, the NA grapplers will take part in the highly competitive Allegheny County Tournament this weekend. Senior Dom Forys has a chance to become the third wrestler in tournament history to win four titles. The only four-time champions are Plum’s Sean Clair in 2005 and Shaler’s Nick Nelson in 2007. The Allegheny County Tournament begins at 10:00 am on Friday at Fox Chapel High School and will run through the day on Saturday.