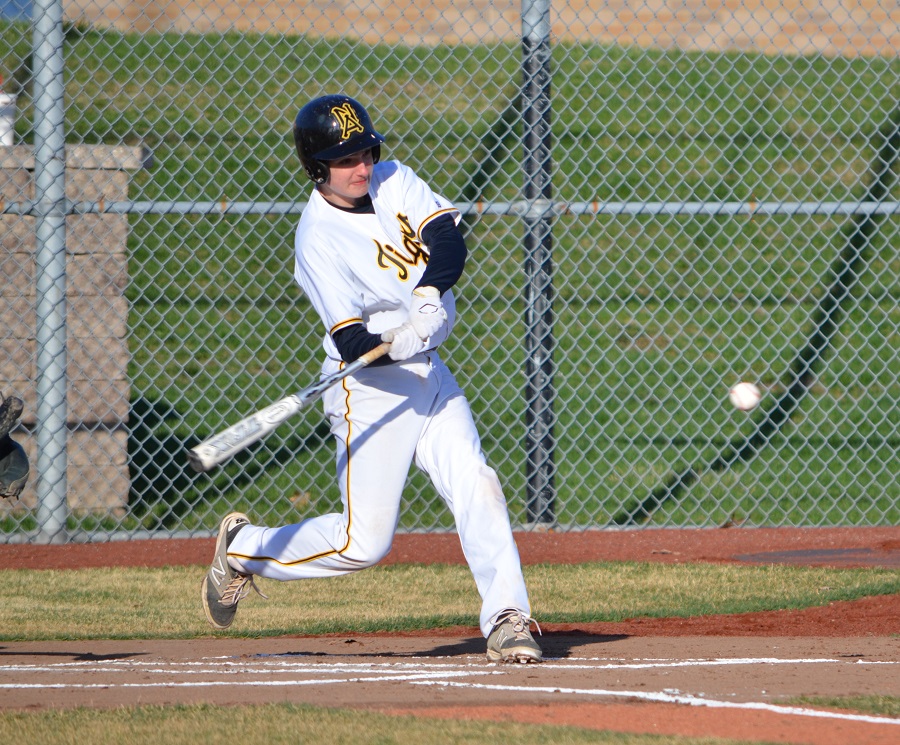 North Allegheny trailed much of the game but the Tigers scored three runs in the bottom the sixth inning to pull out a 7-6 victory over the Fox Chapel Foxes on Tuesday night.

Fox Chapel built a 6-2 lead by the top of the fourth inning behind the strength of a two RBI performance by Anthony Veltri and a 3 for 4 day by Connor Duquette. However, the Tigers mounted a comeback by scoring single runs in the fourth and fifth innings and three more in a decisive sixth.

Jason Monper singled home a run in the fourth inning to cut the Foxes lead to 6-3. The score was trimmed to 6-4 in the fifth inning on a Blake Young sacrifice fly. Dan Trettel tied the game in the sixth inning with a big two-run double that scored Monper and Luke Zahren. Moments later, Trettel trotted home on an RBI double by Brendan Rossier to pull NA in front, 7-6. Trettel was a spark on offense by going 3 for 4 with three RBI.

Jake Fischbaugh (1-0), who entered the game in relief in sixth inning, pitched a scoreless seventh to close out the comeback victory for the Tigers.

North Allegheny advances its record to 9-5 overall and 5-1 in Section 1-AAAA, pulling to within a half game of first place Butler. Fox Chapel falls to 5-6 overall and 1-5 in section play. The Tigers host Seneca Valley on Thursday night in a game that will be broadcast live via the internet on the North Allegheny Sports Network.  First pitch is slated for 7:00 pm.