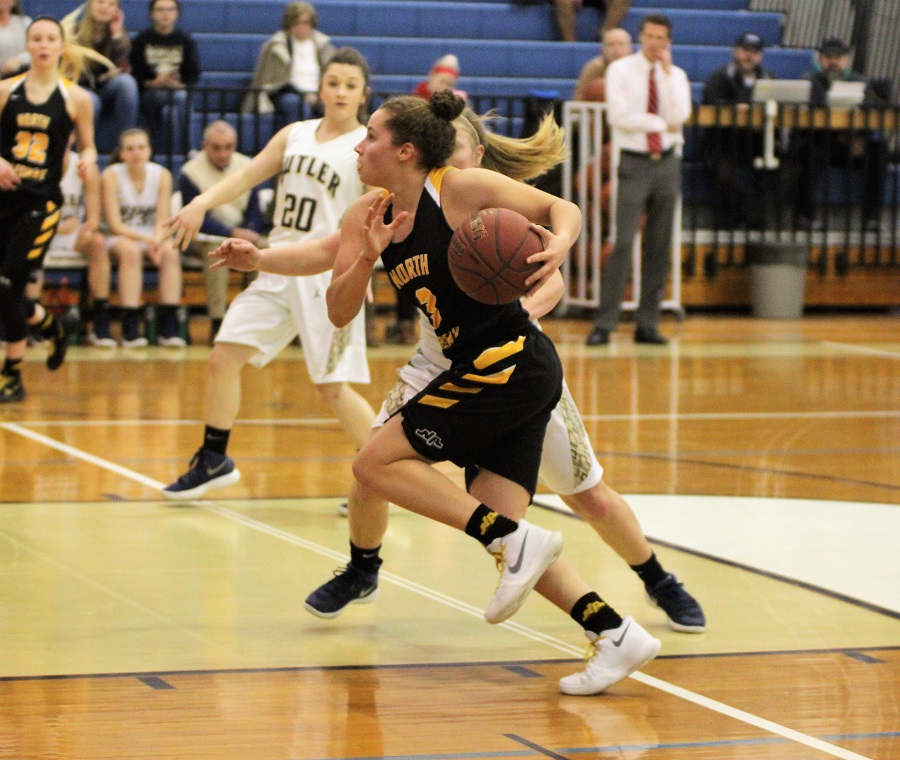 Top-ranked North Allegheny trailed by four after three quarters against one of the top teams on the eastern side of the state, but they Lady Tigers persevered with a strong fourth for a 50-46 victory at Spring-Ford on Saturday afternoon. In a back-and-forth ballgame, the Lady Tigers outscored the Rams 13-5 in the final stanza to remain undefeated on the season.

It was the first meeting between the two teams since the 2014 PIAA semifinals in Chambersburg when Spring-Ford defeated North Allegheny, 46-32. In the rematch, the Tigers opened up a 15-6 lead at the end of the first quarter on the strength of junior Rachel Martindale who poured in 10 points and two 3-pointers in the period. Martindale finished with a game-high 21 points.

Spring-Ford stormed back in the second quarter to tie the game at 23-23 at intermission. Abby Goodrich netted eight points in the quarter for the Rams and totaled 12 points on the night. The Rams continued their surge in the third quarter to take a 41-37 lead into the final period. Lucy Olsen was the catalyst for the strong third quarter for Spring-Ford and totaled 10 points in the contest.

In the fourth, junior Brynn Serbin and senior Piper Morningstar tallied four points each to help steer the Tigers toward a 50-46 victory.

Following the win, North Allegheny leaps to 19-0 overall. Spring-Ford lost for only the second time this season and slips to 19-2 on the year. The Lady Tigers will host North Hills on Monday night at 6:30 to close out the Section 1-6A schedule.