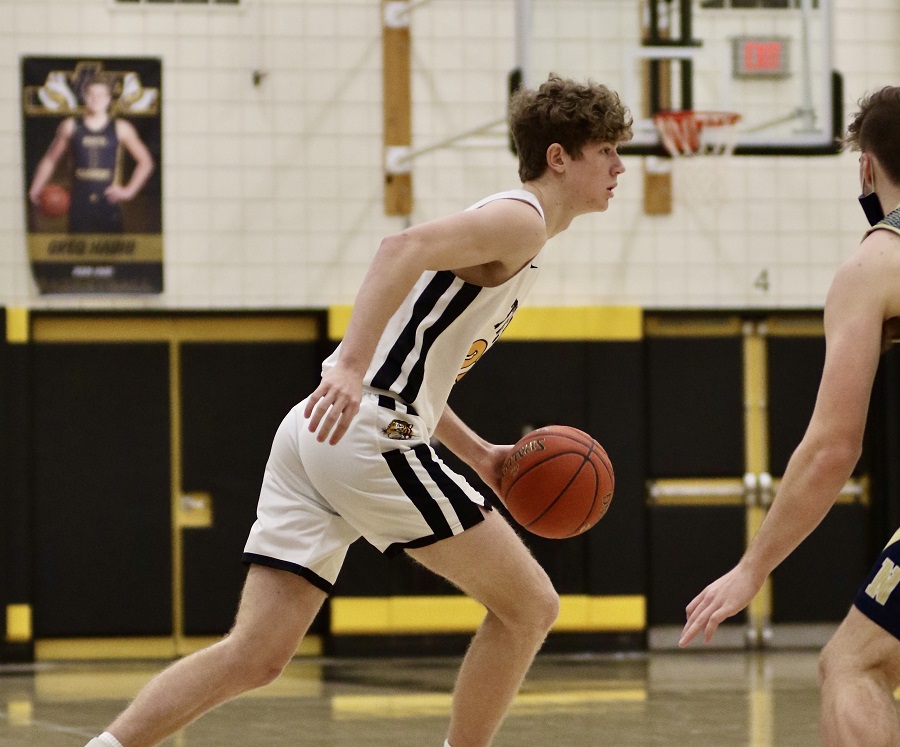 It was a great team effort for the North Allegheny boys’ basketball team on Friday night as the Tigers concluded the regular season with an 85-67 triumph at Gateway.

Similar to Thursday night’s win against Latrobe, North Allegheny started quickly and opened up a 47-29 lead by halftime and cruised in the second half. Junior Robby Jones was the game-high scorer with 17 points and four 3-pointers, followed by Khalil Dinkins with 14 points and 10 rebounds. Also scoring in double figures were Greg Habib and Matt McDonough with 13 and 10 points, respectively.

Gateway was paced by Will Kromka with 16 points and Michael Stevenson with 12 points and three 3-pointers.

North Allegheny wraps up the regular season with a 15-6 overall record. The Tigers will rest up before they face the Central Catholic Vikings on Tuesday night in the opening round of the WPIAL playoffs.