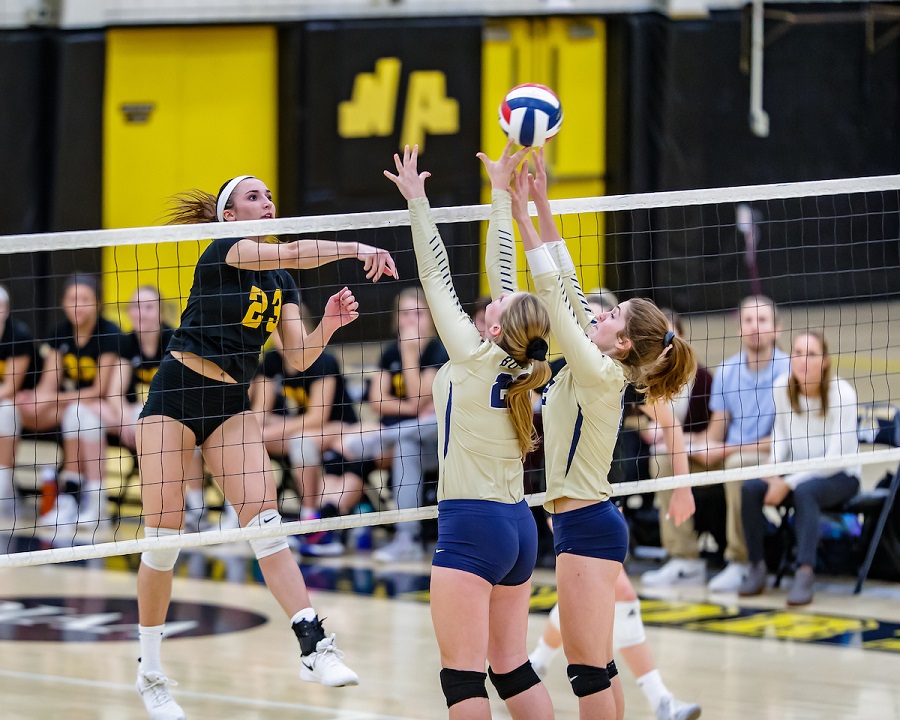 When North Allegheny and Butler met in the regular season, the Tigers won both matches in straight sets. Nothing changed in the WPIAL quarterfinals as the Lady Tigers once again defeated Butler 3-0 (25-14, 25-16, 25-20) to advance to the WPIAL semifinals.

The first set was all North Allegheny right out of the jump. Anna Sprys had five kills in the set while Madison Curran had four. A ton of unforced errors by Butler led to a 25-14 first set win.

The second set, North Allegheny dominated in the serving department. They had five aces in the set, four of them coming from Paige Morningstar. Sprys had four kills in the set and Paige Miller had three and the Lady Tigers dominated once again winning the set 25-16.

The third and final set was a tougher one for the Lady Tigers. With Butler’s season on the line, they came out very fierce in building a 17-10 lead, at one point forcing North Allegheny to take their first timeout of the game. The tides turned when Butler was called for a net violation cutting their lead to 18-14. From there, Paige Miller took over getting five of North Allegheny’s final nine points, all by kills, including the game-winner giving North Allegheny the 25-20 win.

Sprys was the Wright Automotive Players of the Game with 13 kills and multiple blocks at the net. She was a force all night long that Butler had no answer for. Paige Miller finished with 11 kills, Curran had eight, Morningstar had seven to go along with four aces and Abby Miller had six kills.

The win improves North Allegheny to 17-0 on the season and put their winning streak up to 41 games. Butler’s season ends at 10-7. The Lady Tigers will be back in action on Wednesday in the WPIAL Semifinals against Oakland Catholic at North Hills at 7:30 p.m.. You can hear that game right here on the North Allegheny Sports Network.