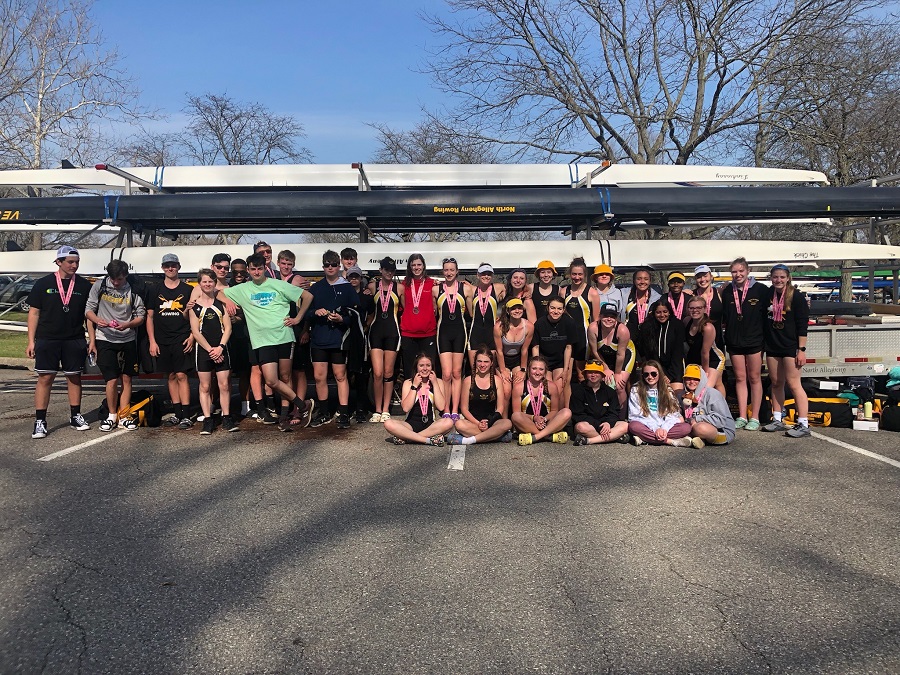 After having to cancel the April 9 scrimmage due to river conditions, the NA Tigers kicked off the Spring 2022 season with a trip to Milford MI for the Huron River Sprints on the brand new Kathryn Bennett Race Course. The day began with Semi-Finals for many of the lineups and the Tigers progressed on to finals in all events entered.

The Tigers finished 6th in the overall points standing for the day, 3rd in the Women’s Sculling, and 5th in the Men’s Sculling points standings. It was a terrific start to the season racing fast crews and learning about the team’s speed and areas of possible growth.