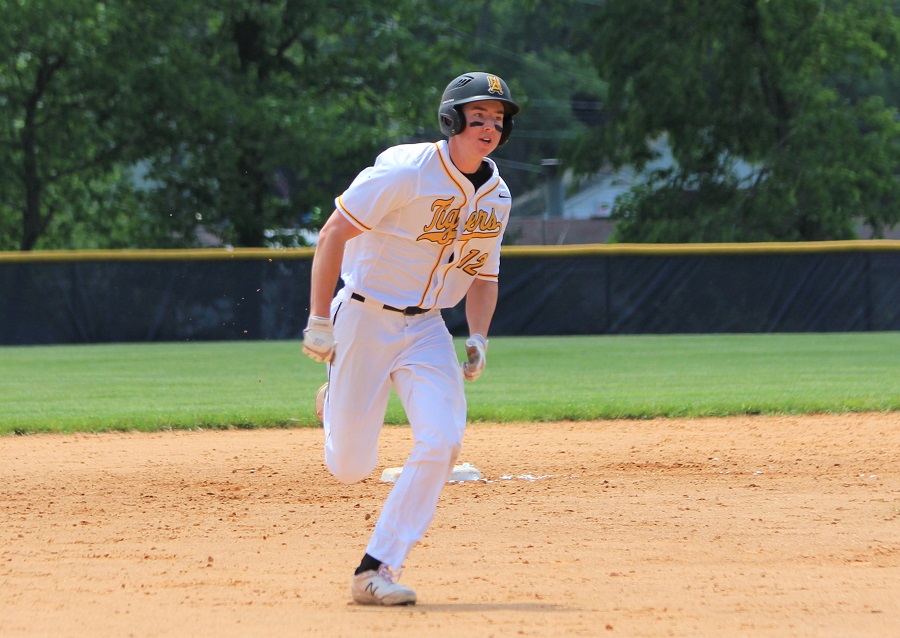 NA Runs Away From Philadelphia Central in PIAA quarters, 8-1

The North Allegheny Tigers faced off against the runners-up from District 12, the Central Lancers, in the PIAA Class 6A quarterfinals and came away with an 8-1 triumph on Thursday at Bald Eagle Area High School in Wingate, PA. With the win, the Tigers advance to the PIAA semifinals for the second consecutive season.

The Lancers erratic pitching on the afternoon led to eight walks and three hit batsmen, and the Tigers capitalized on their opportunities. In the first, a one-out walk to Logan Andreyko set the table for a big inning. Junior Cole Young promptly tripled home Andreyko for an early 1-0 lead. Danny Gallon followed with an RBI single and Joe Manesiotis added an RBI groundout later in the inning for a 3-0 lead.

Central starting pitcher Ethan Tom walked three batters in the second inning to load the bases with two outs. Gallon, who went 3-for-3 with four RBI on the day, clubbed a two-run single and Young scored on a throwing error to increase the NA advantage to 6-0. Gallon also walked later in the game and reached base four times, earning Wright Automotive Player of the Game honors.

The Tigers tacked on two more runs in the fourth inning thanks to an RBI single courtesy of Andreyko and an RBI double by Gallon for an 8-0 lead. Central broke the shutout in the seventh inning with an RBI single by Jeff Flaxman to bring the final score to 8-1, North Allegheny. 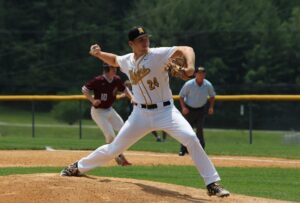 Senior Kyle Demi’s nine wins and 78 strikeouts are both the third most in a single season in program history.

Starting pitcher Kyle Demi pitched four shutout innings to earn the win and improved to 9-0 on the season. Demi’s win total is tied for third most in a single season and the most for an NA pitcher since Ryan Oglesby won nine games in 2009. Demi struck out seven batters and allowed only one hit, an infield single in the third inning. Demi’s season strikeout total of 78 is the third most in a single season in program history.

In relief, Aaron Galaska worked two scoreless innings and Conor Smith pitched the seventh, allowing one run on one hit.

For Central, Tom lasted only four innings and allowed eight runs (seven earned) with five walks and one strikeout.

North Allegheny improves to 22-3 overall and advances to the PIAA semifinals where the Tigers will take on Spring-Ford on Monday at a site and time to be determined. The game will be broadcast live via the internet on the North Allegheny Sports Network. Central’s falls to 13-3 on the season and will play Friday in the Philadelphia Public League championship game.