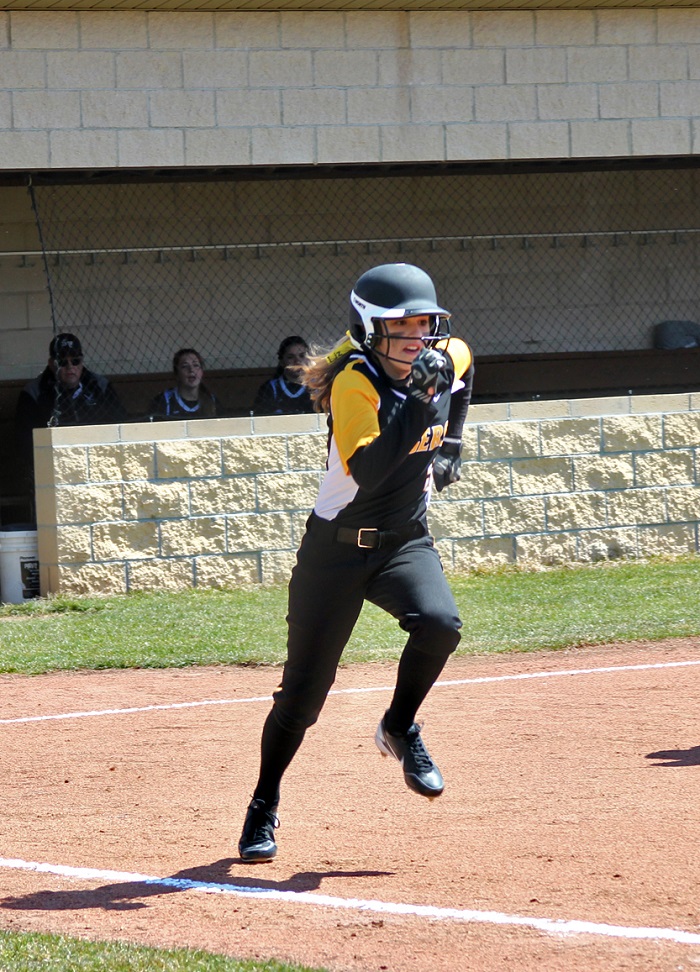 The North Allegheny Tiger Softball Team traveled to Butler to take on the Golden Tornado in the Section 3-AAAA opener for both teams.  North Allegheny prevailed 9-2 behind the solid pitching of both Sami and Madi Beining and the nineteen-hit attack of the Tiger squad.  North Allegheny set the tone early when they exploded for four first-inning runs highlighted by senior third baseman Mary Funderlich’s three-run blast deep over the left field fence.  From there, the Tigers added single runs in each of the next five innings while limiting Butler to two fourth-inning runs.  Also pacing the Tigers’ offense were junior center fielder Laura Cotter, who had four hits including two doubles and three runs scored, and sophomore catcher Liz Scherer, who not only excelled defensively, but also added four hits including two doubles and two runs scored. Senior shortstop Christine Scherer added a three-for-five day for NA.

The win raises the Tigers’ record to 4-0 (1-0 in Section 3-AAAA play). The team will next see action on Friday afternoon when they travel to Seneca Valley to take on the raiders in a 4:00 start.